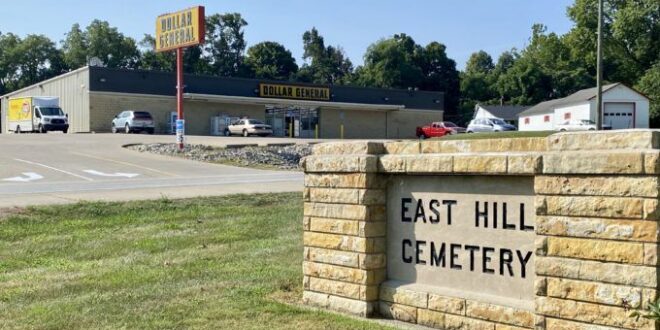 The Dollar General Theory of Money and Employment

For the last month and a half I’ve driven the backroads of southern Indiana, criss-crossing the unglaciated hill country 40 miles south of Indianapolis and 40 miles north of Louisville. It’s mostly forested here, large remarkably unbroken stretches of deciduous woodlands, thick with red oak and shagbark hickory, tulip poplar and black walnut, white ash and wild cherry, American beech and sugar maple. The soil is largely red clay, not productive for farming (or septic systems), but quite satisfactory for morel mushrooms, homegrown weed, and copperheads. The towns are small, little more than villages, clustered near the railroads and old blue highways.

I spent my summers here for 20 years and lived here for a decade. We raised both of our kids here. And since moving to Oregon in 1990, we’ve come back every year or so. For most of that time nothing much about the landscape, the people or the towns changed. They were much as they were in 1982 or 1972. To the north, the suburbs of Indianapolis gnawed up more and more farmland and woodlots, including the 40-acre farm of my mother’s family, which dated back to the 1820s. The fields are now covered by a super-drugstore, a Kroger, a Chick-Fil-A, a furniture store, and a church with a vast parking lot, where carloads come in search of salvation. The place is Jesus mad, though few could tell you more than a couple garbled lines of his teachings. I can’t bear to go back without wanting to blow something up.