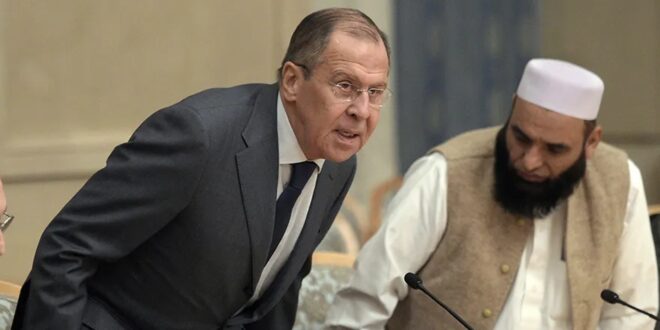 Russia Defines Its Post-Takeover Role in the Afghan Conflict

Russia looks to the Taliban as a stabilising force in Afghanistan – and this may mean formal recognition of the new regime in the country.

During the farewell meeting between Russian President Vladimir Putin and German Chancellor Angela Merkel in Moscow last month, Putin spoke in public about the Taliban takeover for the first time. He stated that the world needs to proceed in Afghanistan from the reality that the Taliban have become the authorities of the country, and that it should refrain from continuing to try to impose its values on Afghanistan.

These comments do not represent a departure from Russia’s broader Afghanistan policy, which remains focused on protecting Central Asia from the ‘instability’ of the Afghan civil war. They do, however, indicate what role Moscow is going to take at the current Afghan juncture – namely, that of a pragmatic facilitator for the Taliban’s consolidation. In other words, Russia is betting on a stable Taliban rule to bring long-term stability in Afghanistan. For the Taliban, a partnership with Russia would help them avoid international isolation. So, there is a degree of overlap between Russia’s interests and those of the Taliban.

Russia is not alone in this outlook. The international community has reacted differently to the Taliban takeover today than in the 1990s. Since 15 August, the West has adopted a wait-and-see approach, especially concerning the Taliban’s way of governing and their relationship with transnational terrorist networks. In this sense, the preference in many capitals is to see the Taliban become a predictable actor outside of Afghanistan’s borders, bound to the agreements signed in the last few years. Moscow, for its part, hopes that its conciliatory and pragmatic approach to the Taliban will result in making inroads with the group. This would help turn Moscow into a key player in the resolution of the conflict. To attain this goal, Moscow has several instruments, but it faces some obstacles.

Regarding the obstacles, the issue of formal recognition looms large. On the one hand, Russia is not keen to be the first state to recognise the Taliban, as it still legally considers the organisation a terrorist group. Moreover, the Russian government has cultivated a reputation of being a fighter against terrorism, so rushing to recognition would harm this narrative. On the other hand, top authorities in Russia have spoken about the Taliban as an inevitable partner for Russia, with some even suggesting the need to ‘legalise’ the Taliban.

Legal recognition of Taliban rule would enable Russia to have a wider scope of contacts with the group. Yet, there are many legal hurdles to changing the terrorist designation. The status was set out in federal law in 2003 and it is bound to the terrorist status of other groups, including some operating in Russia itself. Because of this, Russia hopes for a Security Council resolution lifting the UN sanctions against the Taliban. This would facilitate the change in Russia’s own designation of the Taliban and pave the way to recognition.

The legal dimension, however, does not impede continued Russian engagement with the Taliban. Regarding instruments, Russia has developed reliable channels of communication with the Taliban since at least 2015. These channels are manned by top diplomats on both sides. Putin’s Afghanistan envoy, Zamir Kabulov, is a well-established Afghanistan expert who famously met Mullah Omar in 1995. The Taliban’s top leadership has visited Russia several times for Moscow-sponsored talks.

Under the conditions following the fall of Kabul, these diplomatic instruments can help the Taliban consolidate power by facilitating dialogue that does not challenge their rule. On 19 August, Russia’s foreign minister, Sergei Lavrov, stated that Moscow is ready to restart talks between the Taliban and the anti-Taliban resistance. Tellingly, these are proposed only once the Taliban choose a new leadership for the country. Russia’s interest in the Taliban’s consolidation is also at play in its calls for dialogue between the de facto Taliban government and the opposition.

The topic of recognition has rightfully captured much attention, as it will determine Afghanistan policy in many capitals. Yet, for Russia, recognition will not change the role it has adopted at the current juncture. Putin’s 20 August comments point to Russia’s de facto recognition of the Taliban as Russia’s legitimate Afghan counterpart and as the guarantors of Afghanistan’s stability. So, Russia’s dialogue and mediation initiatives are not meant to challenge the premise of Taliban rule. In turn, the instruments for attaining Moscow’s goals regarding the Taliban did not depend on the Taliban’s legal status, nor will they do so now after the takeover.

Post Views: 92
Previous The Painful Choices Facing the NATO Coalition Over Afghanistan
Next Now for the Hard Part: The Taliban Face Financial Headwinds