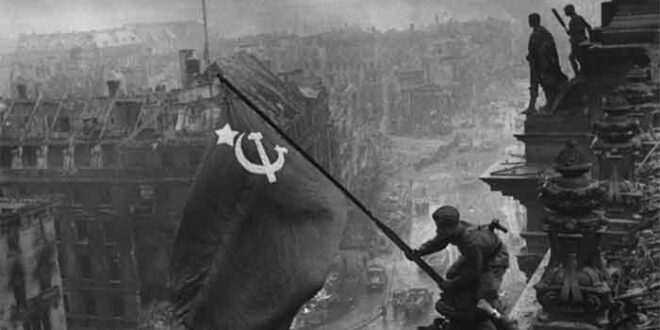 In Defense of Military History

Some years ago, I was lucky enough to have a rich email dialogue with Colonel David Glantz, the foremost historian of the Eastern Front in World War 2. He was gracious in his thoughts and supportive of the lay-history I was doing. He even offered a compliment or two for some of the thoughts I had regarding the redaction of WW 2 history so common in the West (and in the United States specifically.) I consider myself very lucky to have corresponded with him.

In one of these email chains, he said something that I thought was very profound- he said that “proper” Historians don’t consider “Military History” real history (I’m paraphrasing.) To them, he implied, it falls outside the disciplinary boundaries that set “real” historians apart from the rest.

I’m not a trained historian and am not as familiar as I might be on the disciplinary conventions of “doing” History. No doubt, there are advantages to disciplinary methods and conventions. Rigor, fidelity to the truth, intellectual integrity in data gathering, and ability to withstand peer review are incredibly important elements of intellectual discovery and production. There are, also, limitations of these conventions not the least of which is the arrogance associated with the cabals who use and abuse their anointed status to reject the production of “outsiders” who they believe don’t measure up. Military historians, in my experience, are in that sense treated as outsiders; of course there are exceptions, but by and large my observations resonate with Glantz’s.

This confuses me. War is an important part of history. Not limited to the “battles” themselves, war- it’s specter, preparation for it, what’s done in its name and service—is a fundamental category of human existence. To deny this is a fool’s errand, the province of charlatans. So why are Military Historians viewed as charlatans by their own creed?

As for reasons 1-3, these – or reasons similar- are not exclusive to Military Historians so they appear to me to be red herrings; furthermore, there are notable exceptions to all of these characterizations. Just as, say, there are historians whose contributions have been largely to apologize for or even promote imperialism and others who in the main lambast other historians for their redactions and elisions, Military Historians are a mixed lot, some jingoistic and hawkish, others not.

I suggest, therefore, that reason 4 is the predominant one in the general diminishment of Military History in the halls of the academy.

I differ with this position, but my reasons likely would not pass muster to “real” historians. I find that some of the best history I’ve read, grappled with, and grown from is indeed Military History and its twin- Diplomatic History.

One particularly meaningful set of experiences is important to illustrate my point.

I confess that until I was in my early twenties, I didn’t much care to read. Sure, my head was full of “general knowledge” and I was quick-witted and adept with the language but in fact these quantities allowed me to “fake it” for far too long. I had no significant body of knowledge and was not on the path to getting there.

I did however have a fascination for two subjects: History and Social Justice. With regard to History, I cultivated a decent knowledge of Indian history and of, cliché of clichés, World War Two. Growing up, we had C.L. Sulzberger’s big book on World War Two at home. I read it with great interest- in my estimation more than 25 times (even at a time when I found little joy in reading.) The contents and the writing always bothered me. Sulzberger’s jingoism and valorization of America was nauseating. So, too, was his casual dismissal of the non-Western dead. What rankled the most was the short shrift he gave the Soviet effort in defeating Nazism. Sulzberger’s book was the sort that made El Alamein appear equal to Stalingrad. No mention that 80% of the dead and wounded Wehrmacht found their fate on the Eastern Front and that even during D-Day, two-thirds of German forces faced Eastward.

40 years later – after cultivating a passion for reading and reading constantly–and far beyond Sulzberger. I have spent much of my life imbibing information on the War- not only about the 6 years of combat, but of the decades of economic, diplomatic, political, and social history leading up the War and the same for the decades that were shaped by the War – the aftermath. As such, Military History was a gateway for me into a much larger reality. Military History provided one- perhaps narrow- lens through which I was able to peek into the dynamics of a world buckling under the contradictions of inequality, imperialism, capitalism, nationalism, and power.

Sure, I learned that much of the Military History that I read when young was flawed for precisely the reasons 1-3 mentioned above. I also learned, however, that this was the narrative that the US Government meant to propound – it helped in the Cold War effort. Beggaring the innocent imagination, such histories were actually a function of Nazi propaganda- post-War, Halder and his cronies were brought to the US as paid consultants to the US Army Historical Division. We embraced Nazis in the service of empire. That is the irrefutable history of the matter. Brutish maybe, history nevertheless.

As flawed as it was, it was still History. And the tomes of brilliance that have been published since- by people like Glantz, Stahel, Beevor, Citino, and others—these are History too.

Post Views: 103
Previous The Decline and Fall of the Roman… Whoops!… American Empire
Next Afghanistan: Taliban to rely on Chinese funds, spokesperson says