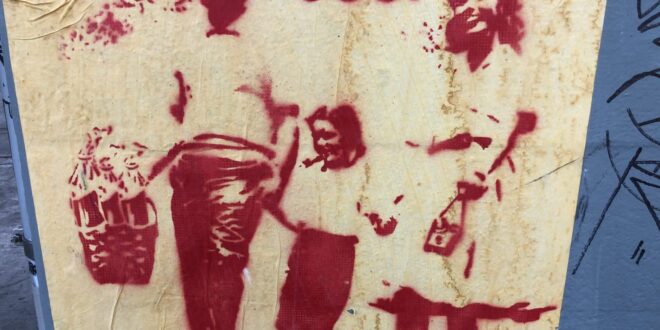 The End of White Hegemony?

The Census Bureau recently released the first-round of results from the 2020 census and its findings shocked many, especially older white, conservative Americans.

William Frey, of the Brookings Institute, reports, “Yet most notable is the small decline in white population — the first in any census since 1790. During much of the nation’s history, white population growth mirrored the national growth rate, including a substantial slowdown during the Great Depression.” He adds, “Yet, since the 1970s, white population growth has shown continued declines — plummeting to just 1.2% in 2000 to 2010 and now to a -2.6% loss (or over 5 million people) for the 2010s.” And he notes, “Fewer births and more deaths resulted in a natural decrease (more deaths than births) for the 2010s decade, even before the COVID-19 pandemic.”

Frey goes further noting two parallel develops that compound the overall demographic shift. “All of the nation’s 2010-to-2020 growth is attributable to people of color—those identifying as Latino or Hispanic, Black, Asian American, Native Hawaiian or Pacific Islander, Native American, and as two or more races,” he finds. Adding, “Together, these groups now comprise more than 40% of the U.S. population.” In addition, “Between 2010 and 2020, the nation’s under-age-18 population registered an absolute decline of more than 1 million. …. As a result, white Americans now comprise less than half of the nation’s under-age-18 population.”

The Census report freaked out many among the white Christian right. Fox News’ Tucker Carlson claims the findings revealed that “Democrats are intentionally accelerating demographic change in this country for political advantage. “ He went on ranting, “They said we were espousing something called the great replacement theory, a well-known racist fantasy. … Right. In other words, ‘Shut up.’”

“The great replacement theory”? In a 2019 piece in TomDispatch, John Feffer provides a revealing portrait of this white supremacist ideology. He notes that the theory was first promoted by Renaud Camus, a French writer, in his 2010 book, Le Grand Remplacement. As Feffer points out, the theory proposed, “’Our civilization,’ it claims, is now at risk. French culture must be preserved. European civilization is being undermined. The American way of life is endangered.”

Feffer places the great replacement theory within a history of modern white racist ideology. He begins quoting from Scott Fitzgerald’s The Great Gatsby when a character, Tom Buchanan, argues, “If we don’t look out the white race will be—will be utterly submerged … ” Adding, “It’s up to us, who are the dominant race, to watch out or these other races will have control of things.” Then follows the ideology’s maturation through early-20th century theorists Madison Grant and Lothrop Stoddard, through Pres. Calvin Coolidge, who backed racial eugenics, and then on to more contemporary adherents.

However, the great replacement theory can legitimize violence and it has been used to justify mass killings. The Counter Extremism Project (CEP) identifies two recent examples of this practice. The man who killed 51 people during attacks on two mosques in Christchurch, New Zealand, on March 15, 2019, Brenton Tarrant, titled his manifesto after the theory and warned of a white genocide. And the man who killed 21 people at a Walmart in El Paso, Texas, on August 3, 2019, Patrick Crusius, “subscribed to the Great Replacement Theory.” CEP argues, “Violent white nationalists believe they are ensuring the survival of their own race through violence against other ethnicities.”

In 1995, Noel Ignatiev published his Harvard PhD dissertation as How the Irish Became White, a critical contribution to the understanding of what it means to be “white” in America.

In a thoughtful piece in the New Yorker, Jay Caspian Kang reflected on Ignatiev’s life, political organizing work and the writings of his former college profession. Ignatiev’s “provocative argument at the center of his book — that whiteness was not a biological fact but rather a social construction with boundaries that shifted over time — had emerged, in large part, out of his observations of how workers from every conceivable background had interacted on the factory floor,” he wrote. He concludes, “Ignatiev wasn’t merely describing these dynamics; he wanted to change them. If whiteness could be created, it could also be destroyed.”

He adds, “I hoped that understanding why that didn’t happen in the past might open up new possibilities next time.”

Between 1820-1860, 95 percent of immigrants to the U.S. came from northern Europe. Large-scale Irish immigration to the U.S. began in the decade of the 1830s, with about 207,000 Irish arriving, followed, in the 1840s decade when 1,713,000 immigrants arrived. Irish and other Catholic immigrants were targeted by the anti-immigrant Know Nothing movement. It grew out of the Second Great Awakening or the Great Revival of the 1830s and gained political legitimacy through the American Party.

In the half-century between 1886 and 1925, more than 10 million people immigrated into the U.S. While earlier immigrants generally came from England and the Nordic countries, the post-Civil War immigrants included Italians, Greeks and other European groups (including Eastern Jews) as well as Chinese; in 1882, the U.S. adopted the Chinese Exclusion Act to restrict Chinese immigration and make them ineligible for naturalization.

In How the Irish Became White, Ignatiev argues, “the Irish who emigrated to America in the eighteenth and nineteenth centuries were fleeing caste oppression and a system of landlordism that made the material conditions of the Irish peasant comparable to those of an American slave.”

He concludes, “In becoming white the Irish ceased to be Green.”

Today, we are living through what Ignatiev might call the new “next time.” What does it mean to be “white” in this fundamentally changing America? For Gina Crosley-Corcoran, it’s very simple:

Nearly two centuries ago, the Know Nothing movement got its name when members where asked their positions and simply said, “I know nothing.” It drew together Protestants who felt threatened by the rapid increase in European immigrants and, most especially, Catholics who they felt, as followers of the Pope, were not loyal Americans and were going to take over the country. They captured the Massachusetts legislature in 1854 and, in 1856, backed Millard Fillmore for president, who secured nearly 1 million votes, a quarter of all votes cast.

Today’s “Know Nothings” are mostly white Christian conservative backers of former Pres. Trump who adhere to the great replacement theory. Their great fear is of Black Americans as well as other people of color, especially new immigrants, be they Latinx or Asian, “replacing” them. And, as the 2020 Census documents, they are being superseded. It seems that as their relative proportion of the U.S. population shrink, their rage increases.

Some new immigrant seek to reproduce history and follow in the footsteps of the 19th century Irish and other European immigrants and becoming the new “white” Americans. Among them are Latinos and Asians.

Chinese immigrants came to the West Coast of the U.S. in the wake of the 1840s California gold rush. In 1849, 325 Chinese arrived at the San Francisco’s customhouse; three years later, the number of immigrants jumped to more than 20,000. However, by the mid-1870s, the gold rush was over and the U.S. was plunged into a depression with nearly a quarter of San Francisco’s workforce unemployed. Amidst the fury, John Bigler, the California governor, ranted against the “coolie race.” This fueled racist — and often violent – attacks against the Chinese population throughout the West Coast, including San Francisco, Tacoma, Seattle and other cities. The anti-Chinese rage culminated in with the adoption of Chinese Exclusion Act.

A century-plus later, Trump played the great replacement card in his two campaigns for president assailing both groups. He linked China and Chinese Americans to the Covid pandemic referring to it as the “Chinese Virus” and “Kung Flu,” fueling numerous racist attacks on Chinese people. Prior to his 2016 presidential run, he railed against Mexicans riding the escalator at Trump Tower: “They’re bringing drugs. They’re bringing crime. They’re rapists. And some, I assume, are good people.” He denounced non-documented Latinx immigrants fleeing violence and persecution as an “invasion.”

Nevertheless, Asian Americans repeatedly voted overwhelming against Trump. In 2016, 65 percent of the Asian-American votes went to Clinton and in 2020 63 percent went to Biden. However, Latino voters support for Trump’s presidential election grew over the two campaigns. According to CNN, Trump garnered 28 percent of Latino votes in 2016 and approximately 32 percent in 2020.

Over the last half-century, the “face” of the nation has been remade through the changing composition of new immigrants. Pew Research reports that in 1960, 84 percent of immigrants living in the U.S. had been born in Europe, Canada or other North American countries, while only 6 percent were from Mexico, 3 percent from the rest of Latin America, while 4 percent from Asia and 3 percent from other areas.

The passage of the 1965 Immigration and Naturalization Act began to change the nation’s demographic composition. By 2018, traditional European immigrants, including Canadians, made up 13 percent of the foreign-born population. However, the proportion of “non-whites” foreign-born population grew significantly, including Asians (28%), Mexicans (25%), other Latin Americans (25%) and 3.

In the 2020 census, 34 million Americans checked off the “Two or More Races” box when listing their racial identity – a decade earlier, nine million Americans did so. That’s a 276 percent increase! As the American Prospect points out, “That reflects the rise of cross-racial coupling and resultant childbirths, of course, but it probably also reflects more Americans’ willingness to acknowledge racially mixed parentage or ancestry.”

History sometimes resonates with irony. At a time when some still cling to the traditional phantasy that being “white” will make them that much more “American,” the nation’s demographics are profoundly realigning. A half-a-century ago, interracial marriages were illegal in many states throughout the U.S. The 1967 Supreme Court decision, Loving v. Virginia, ended that practice. The change it brought about is best represented by Vice President Kamala Harris, a women of mixed racial background (i.e., Jamaican and Indian) who is married to a white man. The Census Bureau reports that between 2000-2016 the nation’s interracial or interethnic population grew from 7.4 to 10.2 percent. Statista notes that as of December 2020 there were 64,248 interracial married couples in the U.S.

The racial/ethnic composition of the country changing and that by 2050, the U.S. will be a “majority-minority” country, with white non-Hispanics making up less than half of the total population. Equally critical, the U.S. is becoming an ever-increasing urban nation with about 83 percent of the population living in cities. Rural America is losing it population to more attractive urban centers, most often supporting Democrats.

The 2020 Census makes clear that the demographic clock is ticking against the Republicans – and they know it!