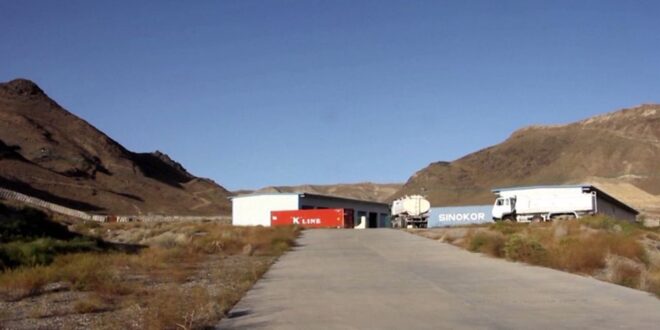 Members of the Islamic Emirate were seen on Monday touring the Mes Aynak copper mine, which two Chinese companies had been developing.

China’s Jiangxi Copper Co Ltd said that it and the Metallurgical Corp of China (MCC) were monitoring the situation in Afghanistan and would push forward with the development of the Mes Aynak copper mine when they could.

Logar governor, Mohammad Ali Jan said that “now that the Islamic Emirate is ruling, this is our only and first visit to here, after this the Islamic Emirate and the company’s technical people will work on it together. As we know from history, this is a huge mine in Afghanistan and it is the nation’s great wealth.”

Construction of the mine until now has not been substantial due to the unstable situation in Afghanistan, said Zheng Gaoqing, the chairman of Jiangxi Copper, at an online briefing.

Jiangxi Copper and MCC took on a 30-year lease for the mine in 2008, which has an estimated reserve of 11.08 million tonnes of copper. Jiangxi Copper holds a 25% stake in the project.

Mes Aynak, about 40 km southeast of Kabul, is also the site of ancient Buddhist ruins.