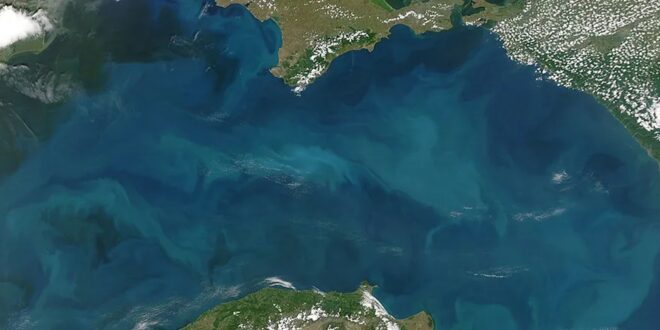 With Russia increasing its efforts to divert the transit of natural gas via the new TurkStream corridor, the Black Sea’s littoral states must take coordinated action to reduce energy supply risks.

Ukraine’s Crimea Platform, an international platform launched last month to coincide with the 30th anniversary of the country’s independence, is designed to return international attention to Russia’s unlawful seizing of the peninsula in 2014 and the human rights abuses perpetrated by the occupying authorities.

The importance of the initiative, which secured the support of 46 countries and organisations, is far-reaching because, by putting the spotlight back on the annexation and subsequent militarisation of Crimea, it rekindles a much-needed debate on the security of the Black Sea region and the risks that are often underreported and underestimated.

The five countries are expected to increase their reliance on natural gas at least for the coming decade as a way to offset the EU-mandated closure of polluting coal-fired power plants, which have historically covered between 30–40% of regional electricity generation.

Although natural gas could be a comparably cheaper fuel than renewable forms of generation, sourcing it remains fraught with political risks because of Russia’s market dominance.

A brief window of opportunity had opened up for Black Sea countries prior to 2021, during which regional states upgraded or built new import capacity and were expecting to tap a diversity of new sources, including Caspian pipeline gas and liquefied natural gas (LNG) bought on the global market and imported into Turkey or Greece.

During this period, Turkey expanded its LNG importing terminals, becoming one of the world’s most active buyers of US volumes in addition to LNG sourced in other parts of the world.

Russia’s legacy transit contracts via existing infrastructure such as the Trans-Balkan pipeline linking Ukraine to Turkey and the Balkans also expired in recent years, freeing up more than 20 billion cubic metres of transmission capacity annually for third-party access.

The transmission capacity, combined with new sources of natural gas – including the recent large Black Sea discoveries in the Turkish and Romanian offshore blocks, as well as potential reserves in the Ukrainian, Bulgarian and Georgian exclusive economic zones – could guarantee the diversification of supplies and routes, while breaking the region’s historical dependence on Russia.

However, that window of opportunity is closing, portending energy supply risks that could feed into the region’s overall vulnerability to Russian aggression.

These are largely linked to the completion of TurkStream, a gas supply corridor made up of two parallel pipelines which link southern Russia to northwest Turkey and which have a combined transmission capacity of 31.75 billion cubic metres per year.

One pipeline delivers volumes exclusively to Turkey, while the other extends from the Turkish Thracian Black Sea coast to the Turkish–Bulgarian Strandja-Malkoclar interconnection point, where it joins the local gas grid to transit volumes further into Serbia and Hungary.

Russia launched TurkStream in 2014 at the same time as Nord Stream 2, a new transmission corridor aiming to ship 55 billion cubic metres of gas annually from Russia to Germany via the Baltic Sea.

Even though both projects had the same strategic goal – to divert the historical Russian transit via Ukraine to new routes – TurkStream received much less media attention than Nord Stream 2, which ignited heated debate and has been fiercely opposed on both sides of the Atlantic.

Less than two years after its completion in January 2020, the effects of TurkStream on the Black Sea region are evident.

Following the commissioning, the existing transit of gas via the Trans-Balkan pipeline was gradually diverted to TurkStream, depriving Ukraine and Moldova of transit revenue.

Both countries had been shipping over 20 billion cubic metres of Russian gas annually towards the Balkans and Turkey, which means that had transit continued along this route, Ukraine alone would have earned around €700 million in annual fees, assuming the current €0.035/megawatt hour (MWh) ship-or-pay tariff paid by Russia for Ukrainian gas transit to Europe.

But while Ukraine is deprived of transit revenue, so is Turkey, even though Trans-Balkan flows have been diverted to TurkStream, which crosses Turkish territory. The operational rights of the offshore and onshore section of the second string of TurkStream belong to the Russian producer Gazprom. This means Turkey cannot collect any transit fees and has no rights to the onshore capacity, which belong to Gazprom.

Furthermore, as TurkStream 2 connects with the Bulgarian transmission system, Gazprom is using an important section of the Trans-Balkan pipeline from the Turkish border close to the Romanian interconnection point to transmit gas volumes to northern Bulgaria, and from there west into Serbia.

Up until January 2020, Russian gas could only be transmitted north to south via the Trans-Balkan line, but with recent upgrades, volumes can flow in both directions.

Since the beginning of the year, Gazprom has been using a section of the Trans-Balkan line stretching from the Turkish-Bulgarian border to the Bulgarian-Romanian interconnection point to export gas into Romania, which saw the biggest year-on-year rise in Russian inflows of all EU member states.

In brief, since the completion of TurkStream, Russia has deprived Ukraine and Moldova of transit revenue, blocked Turkey’s exit transmission capacity at a time when the country had expanded its LNG import capacity enough to cover some domestic and regional demand, and flooded the Romanian gas market with Russian exports just when the country is struggling to develop its own offshore production.

Beyond that, TurkStream also poses a military risk on at least two accounts. Russia has used TurkStream as well as illegally seized Ukrainian offshore oil and gas rigs to install a stationary sonar surveillance system. This means it is using civilian energy-related facilities for military purposes.

Meanwhile, by cementing the dependence of littoral states on TurkStream gas and blocking access to the Trans-Balkan pipeline – which could transport alternative sources of supply – Russia is deepening the vulnerability of NATO’s eastern members and partners in case of conflict or in a scenario where it would seek to elicit favours.

Gazprom’s decision this year not to ship more natural gas through Ukraine despite high European demand and record gas prices – arguably in a bid to force the EU to greenlight the controversial Nord Stream 2 project – suggests Russia may not hesitate to use TurkStream to weaken the defence of NATO’s eastern flank.

As Ukraine launches its Crimea Platform, it must ensure the initiative also draws attention to the energy risks facing Ukraine as well as neighbouring littoral states.

As a first step, Black Sea countries must acknowledge that reliance on TurkStream could amplify their economic and military vulnerability.

The recognition of these risks should prompt them to improve their business environment in a way that would attract foreign investors interested in helping to develop offshore Black Sea production. This would help them not only to diminish their dependence on Russian imports, but also to minimise the risk of Russian aggression.

A report by Ukraine’s Centre for Defence Strategies suggests the country’s inability to retain major Western producers such as Shell or ExxonMobil to implement multi-billion-dollar production projects in the Black Sea shelf has increased its insecurity.

A similar argument could be made for Romania, where ExxonMobil was expected to develop its largest offshore Black Sea block but is now looking to leave the country after successive governments passed legislation discouraging investments.

A second step would be for littoral countries to institutionalise initiatives designed to consolidate regional cooperation. The Three Seas Initiative (TSI) brings together 12 EU states on the Baltic, Adriatic and Black Seas and aims to promote regional cohesion. However, it should be extended to include non-EU states such as Ukraine and Moldova and given executive powers. As of now, the initiative is driven at presidential level, whereas the implementation of projects is the remit of domestic legislatures.

Perhaps a slimmed-down version of the TSI focusing on Black Sea littoral cooperation in the energy sector would be more appropriate, as it would give regional countries a clearer geographical remit and scope of activity. This would allow countries to coordinate emergency responses in case of natural gas supply disruptions, as well as to consider long-term projects in response to energy transition challenges.

The company has already signed a memorandum of understanding with Ukraine’s Naftogaz for joint exploration in Ukraine, won a bid in Georgia’s offshore Block II, and in 2020 increased its share in Bulgaria’s Khan Aspharuh project to 42.86%.

Finally, Turkey must grant access to littoral states to import LNG via its terminals, and work with them as well as the EU to guarantee export capacity as a means to limit the region’s dependence on Russian gas.