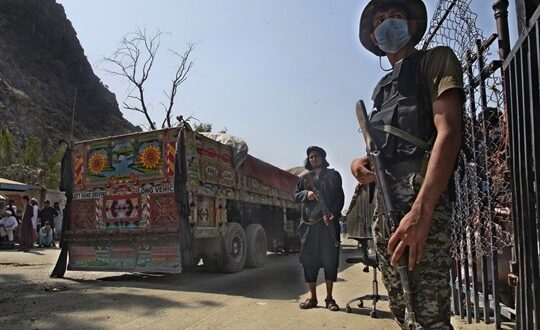 The U.S. Doesn’t Have to Choose Between Counterterrorism and Great Power Competition

In an address to the nation in early July, President Joe Biden suggested that one of the factors leading him to withdraw all remaining U.S. troops from Afghanistan was the “need to focus on shoring up America’s core strengths to meet the strategic competition with China and other nations that is really going to determine our future.” For the past several years, the zeitgeist in Washington has been all about great power competition, or the need to prepare for potential conflict with countries the United States considers “near-peer” adversaries—namely Russia and China, but to a lesser extent, Iran and North Korea as well. The Trump administration adopted this concept as the central pillar of its national security strategy in 2017, supplanting the previous focus on counterterrorism, and Biden’s interim national security guidance has kept that approach in place.

Listening to policymakers, one gets the impression that the United States can do either counterterrorism or great power competition, but not both. This false dichotomy between counterterrorism on the one hand, and great power competition on the other, serves to undermine U.S. interests. In fact, the United States can and must do both in order to protect its national security. Moreover, upon closer examination, there is significant overlap between these two approaches, both in the way U.S. adversaries operate but also in the way Washington can respond. As terrorism expert Matthew Levitt has noted, “with a modicum of strategic planning [great power competition and counterterrorism] are mutually reinforcing, not mutually exclusive efforts.”