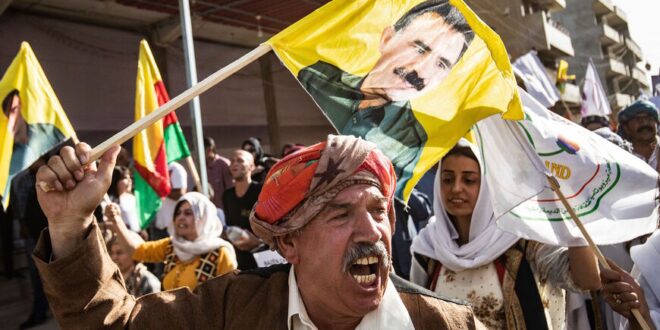 In recent months, Turkish drones have picked off a string of mid-level commanders in Iraqi Kurdistan and northeast Syria.

Turkey’s latest hit job on Kurdistan Workers Party (PKK) operatives in the Iraqi Kurdistan Region marks a troubling turn for the militant group, as it continues to bleed fighters in the Turkish military’s ongoing offensive across its southeastern borders.

The victim, Yasin Bulut, who went by the codename Shukri Sarhat, was gunned down by an alleged Turkish intelligence asset on Friday in Sulaimaniyah, the second-largest city in the Iraqi Kurdish enclave that is governed by the Patriotic Union of Kurdistan (PUK). The PUK has traditionally been more friendly to the PKK than its rival, the Kurdistan Democratic Party of Iraq (KDP). The KDP holds sway further north in Erbil and in the large mountain ranges skirting Turkey, across which the PKK roams.

But the ground has shifted in Sulaimaniyah following a power grab in August by Qubad Talabani, deputy prime minister of the Kurdistan Regional Government, and his brother Bafel targeting their charismatic cousin Lahur. The latter’s businesses were seized and inner circle ousted from top security posts in the province. The bloodless coup is part of a broader struggle to succeed the late Jalal Talabani, the PUK’s founder and the first elected president of Iraq following the toppling of Saddam Hussain. Bafel and Qubad are his sons, which gives them an edge.

Lahur makes no secret of his sympathy for the PKK, which is increasingly shared by local Kurds, and offered condolences at a special marquee set up in honor of Bulut to receive mourners. Lahur is in turn highly popular among the PKK’s base, particularly for his role in helping to cement the alliance between the PKK’s Syrian arm and the United States to fight the Islamic State. His harsh criticism of the KDP’s tight relations with Turkey adds to his appeal. Lahur called Bulut’s slaying “a great catastrophe.”

PKK sources speaking to Al-Monitor on strict condition of anonymity said Bulut, an ailing 65-year-old veteran who served as a member of a special committee dealing with the families of slain guerillas, was an odd choice for Turkey. Bulut was walking to a hospital for treatment when he was shot in the back.

In recent months, Turkish drones have picked off a string of mid-level commanders in Iraqi Kurdistan and northeast Syria who were slated to form the next generation of rebel leaders. The reason Turkey went after Bulut was most likely to prove that it can and that it is able to operate with ease in Sulaimaniyah under the Talabani brothers.

Qubad may well have had Turkey’s message in mind as he swiftly condemned the attack and set up a special team including sniffer dogs to track down the perpetrator. The alleged killer was arrested within 24 hours by Sulaimaniyah security forces but was not identified by name. The PKK insists Turkey’s national spy agency, MIT, orchestrated the assassination.

The murder came a day after the attempted killing of another PKK operative in Sulaimaniyah. The PUK said the same individual was behind both attacks.

Turkey’s muscle-flexing in Sulaimaniyah will only boost Lahur’s popularity as he casts the KDP and the Talabani brothers as traitors who sacrifice their fellow Kurds to their long-time oppressors in the pursuit of further power and riches.

Lahur is alleged to have accumulated a sizable fortune of his own through illicit border trade with Iran and helped to funnel weapons from Iran to the PKK’s associates in northeast Syria. His downfall was therefore welcomed in Turkey, but it may not last long. Well-placed Iraqi Kurdish sources say the Talabani brothers made a “fatal mistake” in not forcing Lahur to leave the country in the early days of the putsch when he would have been happy “to be granted his life.” PUK members who sat on the fence are now flocking back to his heavily guarded house.