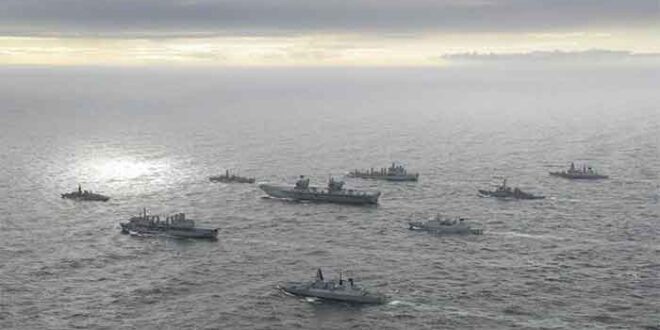 How AUKUS May Damage NATO

The fallout over the AUKUS deal, as we are now seeing, has been a severe rift in relations between two historic allies, the U.S. and France. And the collateral damage may also include NATO.

Only weeks after U.S. President Joe Biden courageously ended the war in Afghanistan—in the face of bitter opposition from the media and Congress—came the announcement of the formation of AUKUS, a new trilateral security alliance between the U.S., the UK and Australia.

The creation of AUKUS is only further confirmation—as if more was needed—that the Biden administration intends to wage a new cold war in Asia with China as its target.

This is not a development we should welcome. As the Quincy Institute for Responsible Statecraft’s Anatol Lieven has recently observed, a new cold war “with China… will continue to lock in place the power of the U.S. military-industrial complex and squander trillions more on wasteful and unnecessary military programs designed to benefit American corporations rather than defend the actual security of actual American citizens.”

And so, as Biden puts an end to one hot war, he finds himself starting yet another cold war: One step forward, two steps back.

AUKUS’s debut has been marred by a high-profile controversy with France, which believed it had reached a deal with Australia to provide it with 12 diesel-electric submarines. Australian Prime Minister Scott Morrison, meanwhile, noted in a statement that, instead, the Americans and the British will be providing Australia with nuclear-powered submarines.

European leaders have come out strongly against AUKUS. Both European Council President Charles Michel and European Commission President Ursula von der Leyen condemned the move. And the French are furious. French President Emmanuel Macron has recalled his ambassadors to the U.S. and Australia, while the former French Ambassador to the U.S. Gérard Araud observed on Twitter, “The new reality of the world rivalry of great and middle powers should lead France to a 2.0 Gaullist stance. Allied but not aligned. Some confrontations are not ours.”

And so, the fallout over the AUKUS deal, as we are now seeing, has been a severe rift in relations between two historic allies, the U.S. and France.

And the collateral damage may also include NATO.

The AUKUS controversy puts the future of the transatlantic alliance in question. Recall that Macron has long been a vocal and perceptive critic of the nearly 75-year-old alliance. A self-described disciple of France’s wartime leader and former President Charles de Gaulle, Macron has criticized the foreign policy of his immediate predecessors as a kind of “imported neoconservatism.” His own foreign policy forays can be characterized as a quest for strategic autonomy, away from the dictates of Washington and London.

Biden’s AUKUS debacle just may give Macron the leverage he needs to move the rest of Europe in his direction, toward a foreign policy that rejects the decades-old Atlanticist consensus in favor of a continental security architecture that takes into account the interests of all of Europe, as de Gaulle once put it, “from the Atlantic to the Urals.”

At a minimum, the AUKUS debacle may have the effect of pushing France closer together with its old ally Russia. Macron may double down on his policy of detente with the Kremlin, which only recently was the target of criticism by his partners in the EU.

This would leave Anglo-American neoconservatives and liberal hawks seething, but such a development might be just what is needed for a stable and peaceful future for Europe.