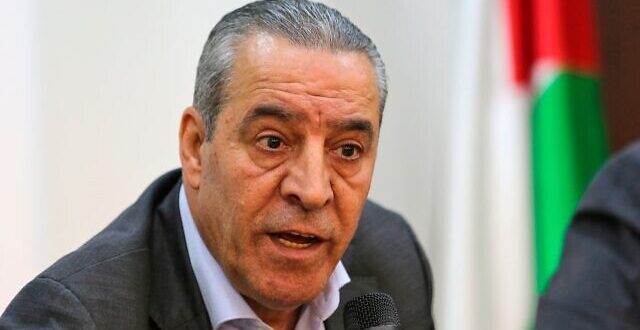 ‘The Palestinian people are in need of this money, especially our great people under siege in Gaza,’ top Abbas adviser says

The Palestinian Authority has called on Sudan’s government to hand over assets that it seized from Hamas as part of a recent crackdown on the terror group.

Hussein al-Sheikh, a close confidant of Palestinian Authority President Mahmoud Abbas, tweeted on Saturday: “We hope that the sisterly state of Sudan, which has always been with the people of Palestine, both the people and the government, will hand over the movable and immovable funds that were confiscated [from Hamas] to the State of Palestine and its government.”

He added: “The Palestinian people are in need of this money, especially our great people under siege in Gaza.”

On Thursday, a source told Reuters that a Sudanese committee set up to recover public funds after the ouster of autocratic ruler Omar al-Bashir has taken control of companies linked to the Palestinian terrorist group.

The source, at the center of the committee, named the entities as property firm Hassan & Al-Abed, the Al-Bidaya agricultural project, the highrise Paradise Hotel and the Al-Fayha money transfer company.

“They got preferential treatment in tenders, tax forgiveness, and they were allowed to transfer to Hamas and Gaza with no limits,” a task force member told Reuters on the condition of anonymity.

An unnamed source in Sudan’s ruling sovereignty council confirmed the seizures to Israel’s Kan news and said that all of the Gaza-ruling terror group’s assets in the country were confiscated.

Reuters described the seizures as part of an effort by Sudan to move toward the West after the overthrow of Bashir in 2019, in effect denying a safe haven for Hamas operatives to raise funds and move Iranian arms to Gaza.

Sudan signed a normalization deal with Israel last year as part of the Abraham Accords that also saw the Jewish state ink deals with the United Arab Emirates, Bahrain and Morocco.

Hamas, which rules the Gaza Strip, denied to AFP that it has any investments in Sudan.

“We have no problems with any Sudanese agency,” Hamas spokesman Hazem Qassem said.

Another Hamas official also denied any link to the seizures. “Some of what’s reported here is old. Most of it has nothing to do with Hamas,” Moussa Abu Marzouk said.

Israeli officials had long accused Sudan under Bashir of serving as a base of support for Palestinian terrorists.

In 2012, Sudan blamed Israel for striking a military factory in Khartoum, leading to speculation that Iranian weapons were stored or manufactured there. Sudan denied links between Hamas and the factory.

In December 2020, after the United States removed Sudan from its state sponsors of terrorism blacklist following its pledge to normalize ties with Israel, the Arab nation revoked the citizenship of top Hamas leader, Khaled Mashaal, as well as that of some 3,000 other foreign nationals accused of terror links.

Mashaal, who headed Hamas’s political bureau between 1996 and 2017, has been expelled from a number of Middle Eastern countries and currently resides in Qatar.

As part of the deal to be removed from the blacklist, Sudan agreed to pay $335 million to compensate survivors and victims’ families from a 2000 attack on the USS Cole off Yemen’s coast and the twin 1998 attacks on US embassies in Kenya and Tanzania.

Those attacks were carried out after Bashir had allowed then al-Qaeda leader Osama Bin Laden sanctuary in Sudan. One of the chief planners of the embassy attacks, Abdullah Ahmed Abdullah, was killed in Tehran last year, allegedly by Israeli agents.

Sudan’s transitional government, which took over in 2019 following Bashir’s overthrow, also agreed to recognize Israel, a major goal for the former Trump administration, although Khartoum has sought to downplay the connection.