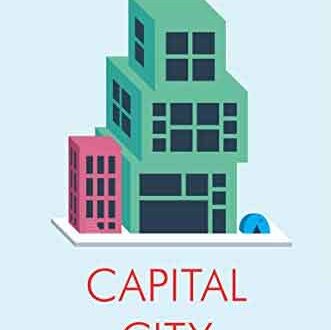 Real Estate is the world’s largest asset class. The numbers are staggering- globally, real estate in aggregate is worth approximately $230 trillion. Of this, residential real estate is the majority player, worth approximately $180 trillion. This far exceeds the value of all stocks and is on the order of 25 times the value of all the gold ever mined. Again, the numbers defy imagination.

Perhaps more importantly even than the value is both the importance real estate has in peoples’ lives and its importance as a bellwether for the entire economy. For most people, the “home” is the most valuable asset and is the one from which so many other outcomes radiate- what schools children attend, who the neighbors are, how safe life is, how polluted the air is, and what the access to transportation and employment is like. Of course for many, the idea of “having a home” is foreign- witness the lives of the de-housed, refugees, squatters, and so many members of the urban and rural poor.

Real Estate is also an “upstream” area of the economy: As goes Real Estate so goes the economy. The 2008 recession – driven by gross malfeasance in the US Housing Market—is a perfect example of this upstream-effect. Throughout recent history, booms and busts can be seen as causally connected to the vagaries of the Housing Market.

Real Estate is thus a pivotal category; Samuel Stein argues in “Capital City” that in the US, the State itself is largely defined by its relation to Real Estate. A tall claim to make but one he backs amply with painstaking research on the evolution of “planning” in the US and how it relates to the maintenance of racial and class hierarchies. Indeed, he shows how the State has played a key role in defining and perpetuating inequalities in American cities and has in fact through policy and enforcement determined both the physical and social geography of American life.

With the predictable (and intended) results. Eighty-one percent of the US population lives in urban areas. American cities are rife with both the historical residue and the persistence of inequality and outright racism. From the classification of areas as “good” or “bad” (cities had their own Manichean taxonomies), to the settlement of clusters of POC in polluted, industrial, or inner-city areas without social services. Almost all cities created feudal rules favoring landlords and large real estate owners.

To understand this phenomena, “Capital City” is a necessary read. Stein offers a short course on the history of American urban planning, noting the dialectic between the initial intentions of often well-meaning people and the power of capital to curve space and time in its own favor. With a deep dive into the ways in which New York City evolved into the Real Estate State’s apex city, Stein writes with deep understanding of the various forces that play into gentrification. The most powerful example of the notion of The Real Estate state is that a Real Estate baron and king of chicanery took the throne of the United States in 2016 and still controls his party from his own Elba- Mar-a-Lago.

Stein’s contribution is a wonderful addendum to Richard Rothstein’s “The Color of Law.”

In the biographical notes, it appears that Stein is affiliated with Academia. As such it is particularly refreshing to read “Capital City,” which is shorn of the usual academic jargon and non-committal language. Stein’s book is laced with indignation—he clearly loves the possibilities of cities but hates what they were and have become.