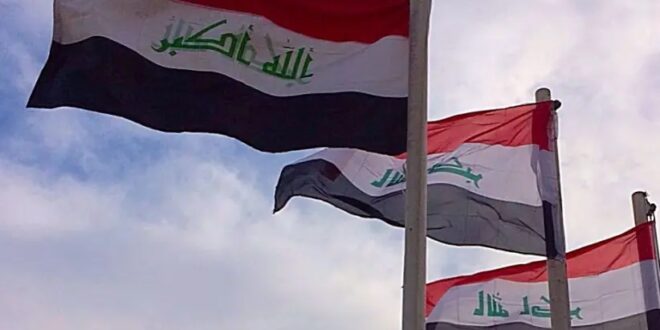 Israel should make peace with Iraq through the Abraham Accords – opinion

While Iraq is no longer the central power in the region, its history and geography make it an important player in the new Middle East.

The Constitution of The Republic of Iraq, formulated in 2005 and approved in a referendum by more than three-quarters of the people, stated that “Iraq shall observe the principles of good neighborliness… seek to settle disputes by peaceful means, establish relations on the basis of mutual interests and reciprocity, and respect its international obligations.”

That is why, as an Iraqi Jew, it was gratifying and in keeping with the spirit and the letter of the constitution that during a conference last week more than 300 prominent Iraqis called for their country to normalize ties with the State of Israel.

Those of us with long roots in the region, especially the Jews who have lived in what was variously called Babylon, Mesopotamia and Iraq for 2,500 years, have long sought a Middle East that is more tolerant, open and its various parts at peace with each other.

Last year’s Abraham Accords were the first and important steps in a region where new alliances are being sought and embraced. Former enemies are moving forward in a warm embrace, enmity is replaced with fraternity, and all are benefiting from the newfound Jewish-Arab multilateralism in the region.

Even those nations that are not yet at the point of official recognition of the Jewish state, like Saudi Arabia and Oman, are putting aside past differences and working together behind the scenes and even on occasion openly.

The region is moving beyond the Arab-Israeli conflict in an unprecedented manner.

While Iraq is no longer the central power in the region, its history and geography make it an important player in the new Middle East. As the “Cradle of Civilization,” where mankind first began to read, write, create laws and live in cities under an organized government, it certainly has a symbolic status that no other country can match.

It also has a long and varied history where its peoples frequently had good relations, arguably unprecedented in the region.

In the Iraq where I was raised, Jews, Christians, Muslims, Sunnis or Shi’ites worked, learned, sang and danced together. We lived side by side in peace and harmony.

Iraq’s Jews played a prominent role in culture, the arts, government and economics. They were an inseparable part of the country and their role in forming the foundation of Jewish peoplehood and religion through the Babylonian Talmud, or those like Sir Sassoon Eskell, one of the founders of modern Iraq, assisting in the formation of a modern Iraqi identity, our duality flourished for the betterment of all.

Unfortunately, this all ended in the 20th century with pogroms, mass hangings and expulsion, but the Iraqi Jews still hold fond memories from our past. Above all, we remember the people, many of whom sought and maintained good relations with their Jewish neighbors and colleagues.

It is no coincidence that one of the organizers of the normalization conference, Sahar Karim al-Ta’i, a senior official in Iraq’s Ministry of Culture, said that she was raised in a family with the “principle of freedom of expression and freedom of consciences”, and though she lost her father as a child, she remembers him talking about his close friend, a successful Jewish businessman named Sassoon, who was forced to flee Iraq.

It was these people-to-people connections that Iraqis and Jews remember and can form the backbone of a new rapprochement between our peoples.

The beauty of the Abraham Accords is that it is not merely an official but cold peace played out at the upper echelons of government. The normalization agreements have been felt by the people who have embraced them, whether it is the massive influx or Israeli tourists to Dubai and the billions of dollars of trade between businesses, or the Moroccan-Israeli universities agreement and the insertion of Jewish history into the Moroccan educational system, peace is being built at all levels.

The State of Israel, with its hundreds of thousands of Jews of Iraqi descent, have long sought good relations with its neighbor.

In 2018, Israel’s Foreign Ministry launched a Facebook page, specifically dedicated to engaging and creating a dialogue with the Iraqi public. The page, called “Israel in Iraqi-Arabic,” serves as a digital bridge between the two peoples. The page focuses on content of interest to Iraqi audiences, such as stories about the large Jewish-Iraqi community that previously lived in Iraq and today lives in Israel, as well as similarities between the Israeli and Iraqi cultures.

This was a small, outstretched hand, and now gratifyingly, it has been reciprocated.

We are under no illusions that normalization is around the corner, and reports of the arrest of the organizers of this important conference are gravely worrying.

However, it is clear that there is a growing interest in Iraq in putting the past aside and having peaceful and normal relations with the Jewish state to its west.

This is something we can and should support.

There are two opposite forces currently in the Middle East. One is led by the forces of reconciliation and stability, led by pragmatic Arab countries and Israel that is imagining a new peaceful region, and the other seeks more bloodshed and conflict, led by the Islamic Republic of Iran.

As has happened throughout many chapters of history, Iraq is at the crossroads of two competing movements, with both trying to influence its future direction.

Let us hope, for the sake of the region and all of its people that Iraq chooses wisely and joins the circle of peace, because the wider that circle becomes, the less room there will be for those who seek endless conflict.