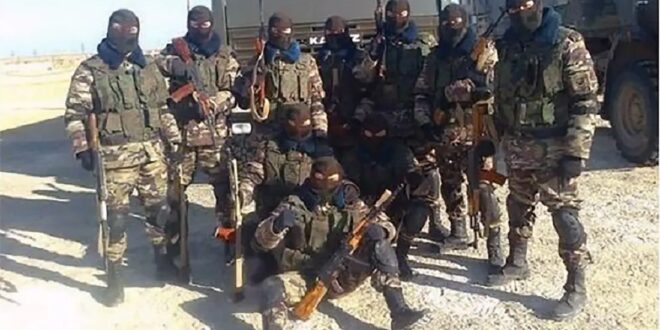 Mali’s discussions with the Russian Wagner Group have sparked intense debate among the European Union members deployed to Mali under a French-led coalition to defeat Islamic jihadists. The Wagner Group mercenary company is owned by Yevgeny Prigozhin, a businessman with close links to Russian President Vladimir Putin.

France, Germany, the U.K., Estonia, and the Economic Community of West African States (ECOWAS) have hinted that the hiring of Wagner Group mercenaries is incompatible with their involvement in the conflict.

Many Malians naively believe that the Russians can replace French troops, who are due to pull out of the country, fast enough. However, given Wagner’s past in Africa, this is a case of “be careful what you ask for.”

The French had previously announced that they will be reducing their troop levels from 5,000 to nearly half and instead push for more European involvement in the French-led Takuba Special Operations Task Force.

The French government was outraged.

French Defense Minister Parly stated that “we will not be able to cohabit with mercenaries.” She later accused Prime Minister Maiga of “hypocrisy, bad faith and indecency” after he claimed that his administration was not consulted on the drawdown of the French mission, Operation Barkhane.

“What the Malian prime minister said is unacceptable,” President Macron said on Thursday. “It’s a shame and that dishonors what isn’t even a government,” he added referring to the military junta that has seized the government and conducted two coups in the past year.

Macron has been trying to navigate the waters between coming to the aid of a former colony and appeasing French public opinion that wants the involvement of French troops to end.

The French have grown increasingly impatient with the Malian junta led by colonels. The junta, led by Colonel Assimi Goita, overthrew President Ibrahim Boubacar Keita and detained civilian politicians last August. The interim government reshuffled the cabinet earlier this year, removing many military members. This resulted in the military conducting a second coup in May.

The military has promised that free elections will be held on February 21, 2022. However, the Russian involvement may provide a convenient excuse for the military junta to postpone them. Tellingly, Prime Minister Maiga has said that the elections could be postponed.

Amid this backdrop of barbs, the Russian military delivered four helicopters, weapons, and ammunition to Mali, according to Interim Defence Minister Sadio Camara said, who alluded to a deal signed by the two countries last December.

“Mali bought these helicopters from the Russia Federation, a friendly country with which Mali has always maintained a very fruitful partnership,” the defense minister said. He added that the weapons and ammunition were a gift.

Russia hopes to gain two things from its involvement in Mali.

Firstly, it is trying to extend its influence in Africa. If the proposed deal with Wagner fructifies, Moscow will move a lot closer to that goal, while the West’s influence will be diminished.

Secondly, Russia is after gold. Mali is Africa’s third-largest gold producer, but its industry has suffered from jihadist attacks. It is probable that the deal will include some kind of gold mining concessions to Moscow, even though it claims to have no involvement in the negotiations between the Malian government and Wagner.

The British government warned Mali that using the Wagner Group will undermine stability in the region and urged the interim government to reconsider.

“We support ECOWAS in urging the Malian government to reconsider their engagement with Wagner in light of the implications that any deal would have on stability within its own borders and the wider region,” British Minister for Africa Vicky Ford said in a statement.

“Wagner does not offer long-term security answers in Africa,” the minister added.

“I am certainly of the belief that if there is a cooperation agreement made with Wagner Group and Wagner’s private army will begin operating in Mali, the Estonian contingency will leave,” Defense Minister Kalle Laanet said earlier this week.

“It is in the Russians’ interest to gain access to African resources and it is in the Malians’ interest to put pressure on the international community – France and other allies – so they would not [sic] demand democratic elections and would back off,” the Estonian defense minister said.

Estonia has 100 troops assigned to the Takuba Special Operations Task Force and has pledged another 75 special operations troops to augment the force in Niger.

Germany’s Defense Minister Annegret Kramp-Karrenbauer wrote that if Mali’s deal with Wagner concludes it would contradict “everything that Germany, France, the EU, and the UN have been doing in Mali for eight years.” She also indirectly threatened to withdraw German troops as well. Germany’s reaction is no doubt tempered by the agreement Germany has with Russia on the Nord Stream 2 natural gas pipeline.

Yet, the biggest loss for Mali may come from the G5 Sahel coalition which is a military partnership between Mali, Niger, Chad, Mauritania, and Burkina Faso that combats Islamic jihadists.

Niger’s Foreign Minister, Hassoumi Massaoudou, said that hiring the Wagner Group would be catastrophic and that the alliance would “certainly” collapse if that occurs.

Chad’s Foreign Minister Cherif Mahamat Zene claimed that the rebels who assassinated former Chadian President Idriss Deby were trained by the Wagner Group. He warned the government of Mali against hiring Wagner.

The Wagner Group was founded by Dmitriy Valeryevich Utkin, a Russian special operations colonel who fought in the wars in Chechnya. Wagner was first identified in 2014 when it backed pro-Russian separatists in the conflict in eastern Ukraine. Since then, it has been involved in numerous countries including Syria, Mozambique, Sudan, Libya, and the Central African Republic (C.A.R.).

Wagner’s mercenaries have been accused of human rights violations and extrajudicial killings in almost every country they’ve been posted to including Sudan, Libya, Mozambique, the Central African Republic, and Madagascar.

A video surfaced from Syria shows Wagner mercenaries filming themselves while taking a sledgehammer to a Syrian man who reportedly deserted his army post.

The killing of three Russian journalists in the C.A.R., who arrived to report on Wagner’s activities, was rumored to have been conducted by “three white men” in a vehicle that was spotted near the site of the ambush, and not by rebels.

Mali may just be trying to gain some concessions from the West, especially from France, by negotiating with Wagner. Yet, if Mali is serious about hiring the Russian mercenaries, it would certainly mark the end of France’s and the rest of Europe’s involvement in the conflict with the region’s jihadists. It would also spell the end of the G5 Sahel coalition. That is treading on dangerously thin ice.