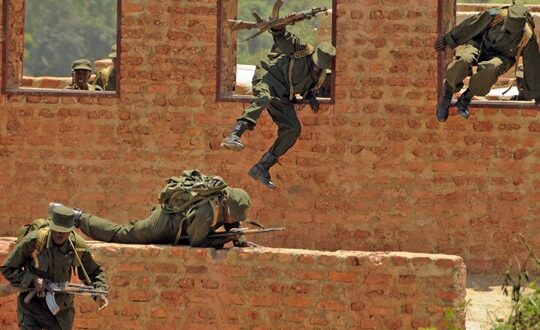 It is difficult to speak of European ambitions for international crisis management against the backdrop of the images from Kabul over the past few weeks, which seem to tell a story of the failure of Western interventionist policies. But that discussion is urgently needed. Yes, it will be necessary to assess the lessons of the defeat in Afghanistan. But that war, with its U.S.-dominated state-building, is in many ways a special case that must be analyzed distinctly. In the meantime, there are many other global crises and conflicts in which the European Union, as well as the United Nations and regional organizations, are currently intervening, without the participation of the U.S. and NATO. Those efforts need to continue—including, if necessary, through the use of military force if authorized by a mandate from the U.N. Security Council. In other words, Europe cannot simply wash its hands of international crisis management.

Until the fall of Kabul, recent EU discussions and debates over its global role centered around the idea of “European strategic autonomy” and how the EU could become more sovereign in its conduct of foreign and security policy. Above all, the preparation of the EU’s “Strategic Compass,” scheduled for 2022, seemed to have signaled a new ambition toward achieving autonomy. But that ambition does not have much in common with the current realities of European foreign and security policy.

Post Views: 113
Previous The Venture Capitalists of Terrorism
Next The Taliban Are Added To The List Of Russia’s Notorious Allies