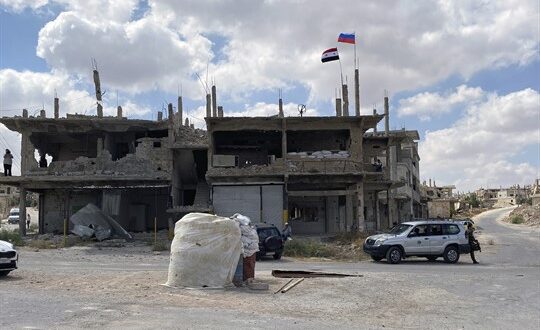 For much of the Syrian civil war, the southern city of Deraa and the surrounding Houran Plains, an agricultural region near the Jordanian border, were divided between government forces and armed rebels. Fighting raged back and forth, killing thousands. It was not until Russia backed a government offensive in 2018 that the situation changed in earnest. That year, Moscow brokered a series of agreements with rebel factions that brought the area back under loose government control.

This summer, fighting returned to Deraa—the epicenter of the initial 2011 uprising against President Bashar al-Assad that sparked the civil war—when government forces moved to forcibly revise the terms of the 2018 agreements. After a monthslong siege, Assad’s forces and their Russian allies have subdued the part of Deraa city that was still under rebel control, pressuring fighters to lay down their arms and accept a greater state presence. It is an outcome that bodes ill for anti-government forces elsewhere in the region.

Post Views: 95
Previous Getting Boko Haram Fighters to Defect
Next The Venture Capitalists of Terrorism