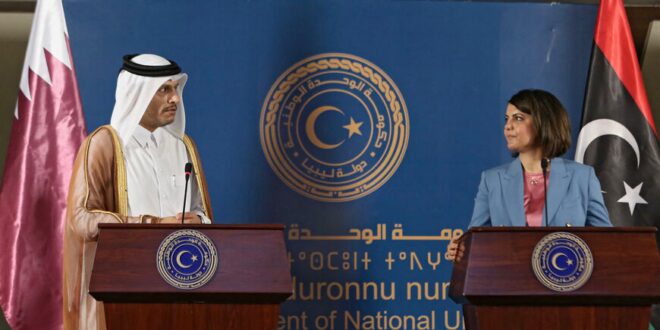 Qatar expresses support for ‘free and fair elections’ in Libya

Some Libyan politicians are concerned that the country’s historic elections scheduled for Dec. 24 could be delayed.

The Qatari government reiterated its support Thursday for Libya’s transitional government and the upcoming elections.

The State of Qatar “expressed hope that free and fair elections would be held to achieve the aspirations of the Libyan people and preserve Libya’s sovereignty and territorial integrity,” according to a Ministry of Foreign Affairs statement.

The Libyan civil war ended in October 2020 with a cease-fire between the internationally recognized Government of National Accord and the Libyan National Army led by Gen. Khalifa Hifter. A transitional unity government took office in March and nationwide elections are scheduled for Dec. 24.

The government has faced obstacles recently. A power struggle over the country’s oil reserves is threatening stability and clashes have rocked the capital Tripoli this month. Libyan Foreign Minister Najla al-Mangoush warned in late August that the elections could be delayed.

Qatar also “affirmed its support” for the unity government and called for the prosecution of those accused of war crimes and human rights abuses in the country. To this end, Doha endorsed the United Nations’ fact-finding mission in Libya, per the statement.

Qatar was not as involved in the Libyan civil war as other regional states were. Qatar’s ally Turkey backed the GNA while Qatar’s adversaries in the Gulf diplomatic crisis the United Arab Emirates and Egypt supported the LNA. On a related note, a Qatari delegation visited an Egyptian military base near the Libyan border in August.

Post Views: 59
Previous Iraq seeks to attach strings to arms purchases from Turkey
Next Iraqi Sadrists envision role as broker of next government