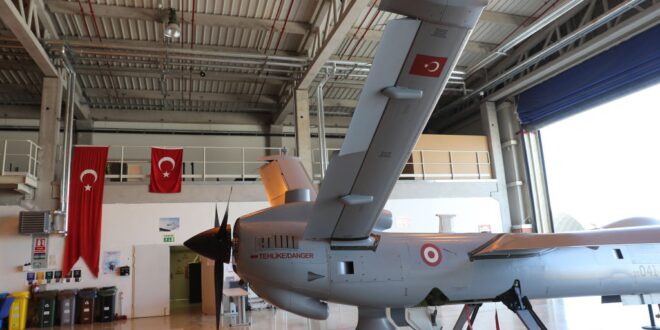 Turkey appears to be maneuvering to expand an Islamic state in Syria and Iraq.

The same Turkish government that claims to counter “terrorism” through its fight against the Kurdish PKK has supported ISIS in the region for years.

“The ability of ISIS to become a functioning state so quickly is largely due to its relationship with President Erdoğan in Turkey.” — Dr. Mordechai Kedar, BESA Center, October 11, 2020.

The Turkish government — a member of NATO — clearly seems to feel itself on a jihadist roll.

Since the Taliban’s violent takeover of Afghanistan on August 15, Turkey has increased its expansionist military activities in the Middle East in a way that is significantly impacting the lives of minorities.

Turkey appears to be maneuvering to expand an Islamic state in Syria and Iraq.

Turkey has so far been using its fight against the PKK (Kurdistan Workers’ Party) as an excuse to justify its military aggression, destruction and casualties of persecuted minorities. Among those communities affected by Turkish military actions in Iraq and Syria are Yazidis, Assyrians and Kurds — communities previously targeted by ISIS and al-Qaeda.

On August 17, in Iraq, the Turkish military carried out an airstrike on a hospital in Sinjar Province, where the Yazidi minority had already been victim of a genocide in 2014 at the hands of ISIS.

The raid, consisting of three drone strikes, “totally destroyed” the makeshift hospital in the village of Sekaina. A doctor in Sinjar said that at least three people had been killed and five others wounded. A senior Iraqi army officer told AFP that the raid had been carried out by Turkey’s military. Another Turkish air strike on August 16 targeted and killed a senior Yazidi leader, Hassan Saeed.

Assyrian Christians, another persecuted indigenous minority in Iraq, are also suffering from Turkish airstrikes. In a 2021 report , “Caught in the Crossfire: Assyrians and the Turkey-PKK Conflict in Iraq,” by the Assyrian Policy Institute, reported:

Also in August, the Turkish military conducted bombardments in Al-Hasakah Province; once again Turkey used the PKK to justify targeting civilians and US allies. One child was killed and five other civilians were wounded in the bombardment, according to the Syrian Observatory for Human Rights. The next day, 13 rockets hit the Afrin city center, killing three people and wounding four others. In another airstrike that killed four members of the SDF, the Turkish military targeted Tel Tamir’s Military Council base. Sosin Birhat, one of the SDF casualties, had previously joined meetings with top US military officials and diplomats, the pro-government Turkish newspaper Sabah noted.

Amy Austin Holmes, a public policy fellow at the Woodrow Wilson Center for Scholars, has challenged Turkey’s version of events:

The same Turkish government that claims to counter “terrorism” through its fight against the Kurdish PKK has supported ISIS in the region for years. According to Dr. Mordechai Kedar:

The Turkish government — a member of NATO — clearly seems to feel itself on a jihadist roll.