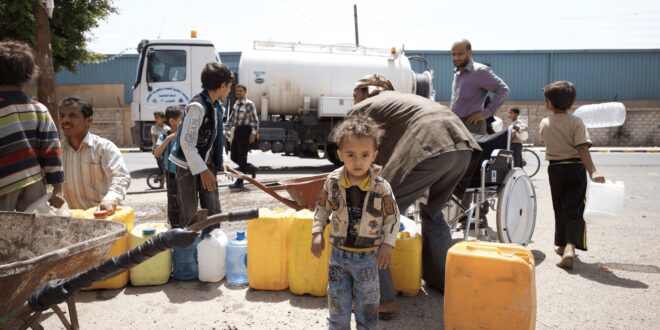 The UN Human Rights Council has quashed an ongoing investigation into possible war crimes in Yemen. The HRC rejected a draft resolution on October 7 which would have continued the mandate of the UN Group of Eminent Independent and Regional Experts on Yemen (GEE) to investigate war crimes and human rights violations in Yemen for another two years. This was the first time in the Council’s 15-year history that a resolution was defeated (rather than passed and then ignored).

Yemen has been at war since 2014, when the country’s Houthi rebels (Ansar Allah) toppled the internationally-recognized government of President Abdrabbuh Mansur Hadi. In 2015, a military coalition led by the Kingdom of Saudi Arabia and the United Arab Emirates intervened in Yemen, ostensibly at President Hadi’s request. The Saudi-led coalition is backed by the US and UK, while the Houthis receive support from Iran. Also at war in Yemen are the Southern Transitional Council, a separatist movement in Yemen’s south; Al-Qaeda in the Arabian Peninsula; and Al-Islah, the Yemeni branch of the Muslim Brotherhood; as well as a variety of extremist militias and tribes. The Group of International Experts has concluded that it has “reasonable grounds” to conclude that all of these actors have committed serious human rights violations and breaches of international humanitarian law.[1] Yet none of them voted against the October 7 resolution. Saudi Arabia and the US are not even members of the Human Rights Council. So, who killed the GEE’s investigation?

Eighteen members of the Human Rights Council voted to continue the GEE’s mandate, twenty-one voted against, and seven abstained.[2] Three of the 28 states voting against the resolution were Russia, China, and Bahrain. All three are repressive states with miserable human rights records.

Bahrain is a member of the Saudi-led coalition at war in Yemen, so naturally it voted against the resolution.

Russia’s and China’s votes against the October 7 resolution take a little more explaining. The US Institute of Peace says that “China’s position on the Yemen conflict is driven primarily by its interest in maintaining close strategic relations with Saudi Arabia. As a result, Beijing has acquiesced to the Saudi-led military campaign in Yemen.” USIP notes that China has supported peace initiatives and supplies Yemen with humanitarian aid. China’s altruism should comfort the Uyghurs in Xinjiang and the citizens of Hong Kong and Taiwan.

Russia is not militarily involved in Yemen, possibly because it is too busy slaughtering Syrians for the Assad dictatorship. Russia is an ally of Iran, but is also trying to improve relations with Saudi Arabia. By voting no on October 7, Russia has taken a few degrees of heat off Tehran and Riyadh.

Russia and China must have hated voting to end the GEE investigation which is even more of an embarrassment to the US than it is to them. The US has actively assisted the Saudi-led coalition since 2015 with intelligence sharing, target spotting, arms sales, spare parts for coalition aircraft, and (until November 2018) in-flight refueling of coalition warplanes—all without the consent of Congress. In its September 2020 report, the GEE called upon the UN Security Council to refer the situation in Yemen to the International Criminal Court.[3] The veto held by the US and the four other permanent members of the Security Council will ensure that this never happens.

This seems to be the season for denying justice to innocent men, women, and children subjected to indiscriminate bombing, detention, enforced disappearances, weaponized starvation, forced displacement, torture, rape, and other offenses. The International Criminal Court announced on September 27 that the US would be left out of its probe of war crimes in Afghanistan. Impunity reigns.

Saudi Arabia served recently on the Human Rights Council, but lost its 2020 reelection bid after two terms. Yet the kingdom’s malign influence persists. Reuters observes that “Rights activists said … that Saudi Arabia lobbied heavily against the Western resolution.” I can imagine. The Saudi Lobby has a lot of money and a lot of muscle. According to the independent Center for International Policy, Saudi Arabia spent at least $31 million on lobbying in the US last year, more than a million dollars of that going to campaign contributions; this at a time when Yemen is struggling to feed itself. Even before the war, Yemen was the poorest country in the Arab world. Today, Yemen is skidding towards famine thanks to coalition bombing and a coalition land, sea, and air blockade on food, fuel, and medicine. The UN calls Yemen “the world’s worst humanitarian crisis.”

Now that the Saudi Lobby has successfully torpedoed the GEE’s investigation into war crimes in Yemen, their next target will be California Democratic Representative Ro Khanna’s amendment to the 2022 National Defense Authorization Act. Khanna’s amendment was accepted by the House of Representatives. If incorporated in the final version of the NDAA, Khanna’s amendment will end all US support to the Saudi-led coalition. However, similar amendments from Congressman Khanna were stripped in conference last year and the year before. Will the same thing happen this year?

Khanna is trying to accomplish what President Biden promised to do, but so far has not: end all US support for coalition “offensive operations” in Yemen. Biden has ended some, but not all, US support. In September, the Biden Administration approved a $500 million contract to provide maintenance support services for Saudi warplanes. In addition, President Biden has decided to go ahead with a $23 billion arms sale to the UAE which was negotiated under the Trump Administration.

Post Views: 84
Previous Jailing of terminally ill Gulen disciple stirs hearts across Turkey’s ideological divide
Next The Killing of a Terrorist Behind the Death of 4 US Troops Sheds Light on France’s Quiet but Intense Fight in Africa