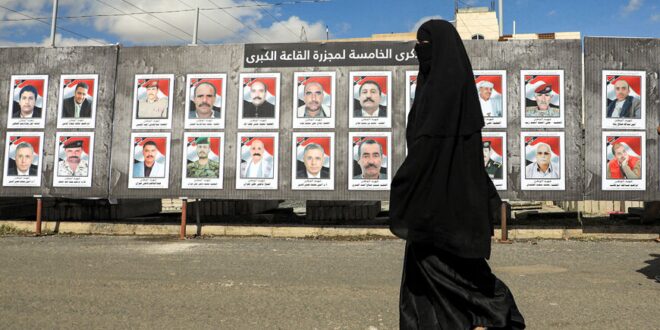 The Saudi-led coalition also said it struck military targets in the capital Sanaa related to drone attacks on the kingdom.

Houthi authorities in Yemen reported several deaths on Thursday in the fight with Saudi forces.

Two Yemeni citizens were killed by Saudi gunfire in Saada governorate near the border with Saudi Arabia. Four others were also injured, including two immigrants from African countries. An airstrike by the “American-Saudi enemy” in the same governorate also injured two people, the official Houthi news agency Saba reported.

The Saudi-led military coalition also said they struck targets in the Houthi-controlled capital Sanaa on Thursday. The strikes hit sites that have been used to launch missiles and armed drones into Saudi territory, the coalition said in a statement.

Yemen has been embroiled in a civil war since 2014 between the government and the Houthi rebels. A Saudi-led military coalition backs the government while Iran supports the rebels. Houthi forces control the west of the country, while the government has most of the remaining areas.

Both sides have been accused of war crimes throughout the fighting. The violence has been particularly harrowing lately. Earlier this month, two children were killed in the war-torn Maarib province.

Houthi forces have also struck targets within Saudi Arabia during the war.

The US government has received significant criticism domestically across different administrations for its support for Saudi Arabia in the conflict, including from Congress.

Post Views: 87
Previous Protests break out in Syrian city controlled by jihadist faction
Next Discordance in the Iran Threat Network in Iraq: Militia Competition and Rivalry