The killing of British lawmaker David Amess is once again fueling concern about a government program aimed at preventing at-risk young people from becoming radicalized, with critics saying change is urgently needed to ensure it works.

Questions surfaced soon after Amess was stabbed to death Friday afternoon amid reports in the British media that the man arrested had been referred to the Prevent program several years ago but was not currently on the security service’s counter-terrorism watchlist. The suspect is being held under the Terrorism Act on suspicion of murder, and police say he may have had a “motivation linked to Islamist extremism.”

Under Prevent, Britons are asked to report anyone they suspect may be on the road to becoming radicalized — so the person can get help. The hope is that early intervention will help thwart terrorist attacks. Teachers, prison officers and local government agencies are legally required to make such referrals, but anyone is able to.

But the program, conceived in the years following the Sept. 11, 2001, attacks in the U.S., has been repeatedly criticized since it was expanded in the aftermath of the deadly bombings of London’s transport network in 2005. Its detractors say it’s not as effective as it could be and that it unfairly targets Muslim communities.

An independent review of Prevent was launched in 2018 after 36 people were killed in four terror attacks, including the bombing of an Ariana Grande concert in Manchester, but it has yet to release any conclusions.

Programs elsewhere have also been criticized. France, for instance, has repeatedly launched deradicalization efforts — only to have their effectiveness questioned time and again. A perfect formula has proved elusive.

The success of such programs is difficult to measure — since their failures are public but their wins are nearly impossible to tally. But experts says it’s clear that Prevent could do better, including by working more closely with communities to build their trust and encourage people to seek out its services.

“I think Prevent does work in many cases, and I think it’s an unfair expectation to have to believe it works 100% of the time — no government program ever works 100% of the time. So one case of failure doesn’t necessarily mean the whole program is rubbish,” said Peter Neumann, a professor of security studies at King’s College London. “But it is equally wrong to just say everything is fine and let’s just carry on. There are problems with Prevent. It needs to be reviewed, and it should be reinvented.”

As it stands, the program was conceived essentially as a police program, Neumann said. Those links to the police make it difficult for family members to refer people, even if they have concerns about radicalization.

By contrast, some other European countries have relied on community-led independent initiatives, Neumann said.

In Belgium, de-radicalization programs are much more regional and local than they are national. This is partially because the country’s government is decentralized but focusing on the local level is also thought to help the programs counter the phenomenon as quickly as possible.

Spain’s recently instituted program puts an emphasis on cooperating with associations that work with what authorities consider at-risk groups.

“In other European countries because Prevent is not led by the police, it’s led by local community figures, it has more of an appeal of seeking help and trying to do something about someone who is in trouble,” Neuman said.

In Britain, by contrast, the strong association of Prevent with police may deter family members — the people closest to those at-risk — from reporting them.

“If they feel that by contacting Prevent they are basically getting them locked up, a lot of parents will be very reluctant,” said Neumann.

Former Justice Secretary Robert Buckland agreed that the program needs to be about more than just policing. He said it should encourage far more cooperation among the police, community groups, schools and the health service to make it easier to share information and intervene effectively.

“We’ve got to make sure that every arm of the state is absolutely working together in order to understand as much as possible about these individuals,” Buckland, who was a member of Prime Minister Boris Johnson’s Cabinet until September, told Times Radio.

When reports are made to Prevent, they are initially screened by police, with those who may be genuinely at risk of radicalization referred to a local panel for review. If a panel decides further assistance is needed, it is supposed to develop an individual aid package that may include things like education and employment support, as well as mentoring.

Some 6,297 people were referred to Prevent in the 12 months through March 2020, a 10% increase on the previous year, according to the latest government statistics. Less than a quarter of these were referred to a local panel, with 697 being offered further support.

One ongoing criticism of Prevent is that it amounts to spying on Muslim communities. Part of the program’s problem is its history. It began in the wake of the 9/11 attacks, when policymakers were focused on terrorism carried out by Islamic extremists. While rightwing extremists now pose a growing threat, critics believe Prevent is still too centered on the Muslim community. Groups like Amnesty International have long criticized the program.

Of the 697 people who were offered support packages by local Prevent panels, 43% were referred due to fears about far-right radicalization and 30% were linked to Islamic extremism, according to the Home Office.

The government promised to conduct an independent review of Prevent in February 2019, but it was delayed when the first person named to lead the inquiry was forced to step down because of concerns about his objectivity. Work resumed after a new leader was appointed in January.

The review is designed to determine whether Prevent is working and what else can be done to protect people from the influence of extremists. No date has been set for when its findings will be published.

“There are problems with Prevent,″ Neumann said. “So I think this would be a … tragic opportunity to basically rebrand and reinvent Prevent.” 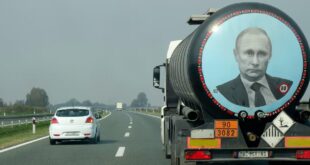 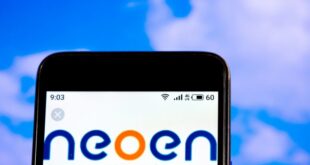 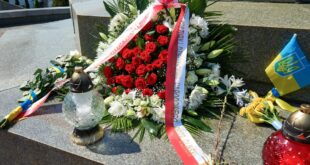