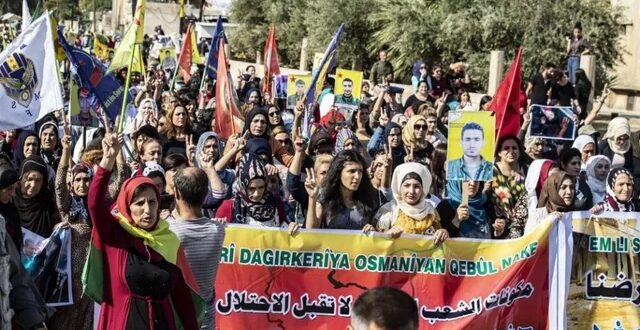 While concerns of a terrorist resurgence in Afghanistan are front and center, we need to remember that there are thousands of ISIS fighters waging a low-level insurgency in Iraq and Syria. Containing that threat is critical, and doing so over the long term requires an international relations moonshot: creating an independent Kurdish state.

Based on past efforts to create an independent Kurdistan, it would seem unlikely and Iraq, Iran, Turkey, Syria and Russia would oppose such a move. However, the status quo is untenable, and no other solution likely would be as effective and durable in containing the terrorist threat in the region.

Currently, ISIS is entrenched in northern Iraq and eastern Syria. It has continued as an underground insurgency carrying out attacks in Iraq and Syria and seeking to inspire, if not conduct, attacks in the West.

ISIS operates in Iraq’s disputed territory — a large region claimed by both the Kurdistan Regional Government and the central government in Baghdad — where security is lax. Creating an independent Kurdistan would settle the dispute, establish a formal border, and allow for the deployment of security forces into previously ungoverned territory.

In Syria, ISIS has been degraded and reasonably well contained in Kurdish region in the east of the country. In fact, the U.S.-backed Syrian Democratic Forces (SDF) — who are predominantly Kurds — are the reason ISIS is operating as an insurgency and not a territory-controlling entity.

The harsh reality is that international efforts to broker a political transition in Syria will continue to falter and there is no viable alternative to Syrian President Bashar al-Assad, noted for war crimes, remaining in power. At some point, with Russian and Iranian backing, Assad likely will reclaim the territory controlled by the SDF. That will benefit ISIS.

Therefore, annexing the SDF-controlled portion of eastern Syria as part of the new Kurdish nation would help maintain stability in that region and keep pressure on ISIS. This is no small task. Iran and Turkey long have opposed the creation of a Kurdish state because of the potential demonstration effect on their minority Kurdish populations. However, the opposite is equally possible — the existence of a Kurdish homeland could reduce demands by Turkish and Iranian Kurds for greater autonomy or even independence.

Baghdad would resist for a host of reasons. Yet, creating an independent Kurdistan would force a resolution of territorial and resource disputes that the Iraqi constitution has been unable to solve. Plus, taking the Kurds out of the picture could make Iraqi politics somewhat more manageable — somewhat.

Damascus would object to losing a piece of Syria, particularly one that has much of the country’s small oil reserves. However, Assad wants to stay in power, and as ugly as the thought is for the Syrian people and human rights advocates, ending the United Nations process that calls for a political transition in exchange for the Kurdish territory would lead to improved stability and governance in areas where ISIS operates.

Just about everyone in the region other than the Kurds would oppose an effort to create a Kurdish state. Kurdish independence movements in the past have gone nowhere in the face of all the opposition. However, ISIS has changed the equation to a point where a Kurdish state is no longer just a moral argument — it is an international security necessity.

All the pressures on the status quo risk a tectonic shift that could increase instability and allow ISIS to flourish again. Iraq is forming a new government that could change relations with the Kurdish government and the United States. Iraqi Kurds could launch another destabilizing independence campaign. Assad could choose to launch an Iranian- and Russian-backed offensive to retake eastern Syria. The longer there is no structured, negotiated resolution to the region’s fluid dynamics, the greater the chance for a spasm that ISIS will exploit.

The process will require the creation of a UN-backed commission to conduct intricate and emotionally charged multiparty negotiations. It will require significant compromises and concessions over natural resources.

Again, it is a long shot. But what is the alternative? The current counter-ISIS approach in Iraq and Syria is a patchwork of unstable agreements and partnerships constantly on the verge of unraveling. It is time for a new strategy that will transform and stabilize the region and ensure that Kurdish forces — who have been the leaders in fighting ISIS — can keep ISIS down.