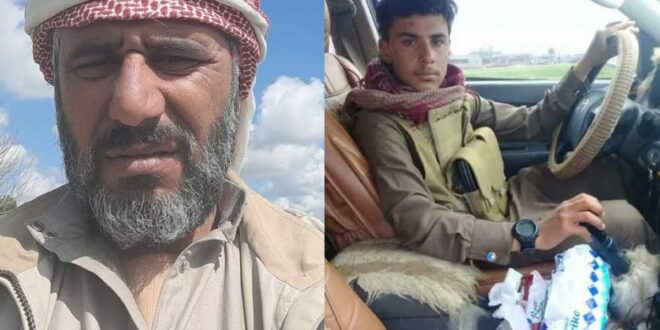 The UK-based Syrian Observatory for Human Rights (SOHR) war monitor reported that the strike’s target was a member of the Turkish-backed Ahrar al-Sharqiya group. It said he was killed near the village of Al-Adwaniyah, west of Serekaniye.

Subhi is originally from al-Shuhail in Deir al-Zor and was a former member of ISIS, the report added.

This is the second drone strike in a short period against jihadist leaders in areas controlled by Turkey.

A US airstrike in northeast Syria on Friday killed senior al-Qaeda leader Abdul Hamid al-Matar in the town of Suluk near the Turkish-controlled Tal Abyad area.

Suluk is allegedly under the control of Ahrar al-Sharqiya, a group backed by Turkey.

In October 2019, the Turkish army and the Turkish-backed Syrian National Army (SNA) launched a military operation that pushed the Kurdish-led SDF from the border towns of Serekaniye and Tal Abyad. They have occupied these areas ever since.

In July, the US sanctioned the Ahrar al-Sharqiya for human rights violations against ethnic Kurds and integrating several former ISIS members into its ranks.

Also, in the past, unidentified drone attacks have targeted ISIS leaders in areas under Turkish control.

In May 2020, for example, one former senior ISIS leader was killed in such a strike in Turkish-occupied Afrin.

A report by Syrians for Truth and Justice (STJ) released in June gave details of 27 former ISIS members who now have positions in the SNA. Out of these 27, 11 are first and second-level leaders in the group, six are security officials, and ten have other different ranks.