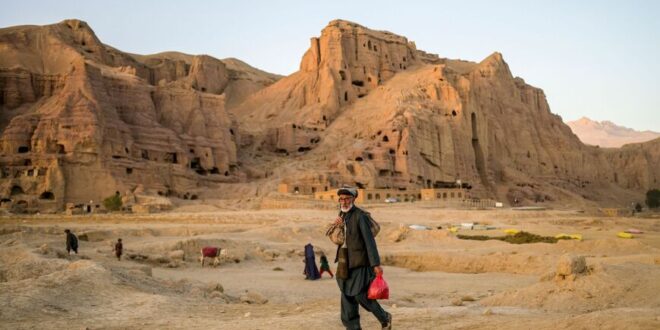 Iran to push for inclusive Afghan government at Tehran conference

The Iranian government is concerned for the Shiite Muslim and Persian-speaking communities in Afghanistan under the Taliban.

Iran will host Afghanistan’s neighbors for a conference on Wednesday.

The foreign ministers of Pakistan, Uzbekistan, Tajikistan and Turkmenistan will attend the meeting in the capital Tehran. China’s foreign minister will attend virtually. Iran also invited Russia to participate in the conference, despite the country not having a border with Afghanistan, and the Russians will likewise attend virtually. Iranian President Ebrahim Raisi will deliver the opening remarks, the official Islamic Republic News Agency reported.

The conference will focus on forming an “inclusive government” in the country that “should reflect the demographic and ethnic composition of Afghanistan,” Iranian Foreign Ministry spokesperson Saeed Khatibzadeh said today.

Khatibzadeh’s remarks refer to the ethnic, religious and linguistic diversity in Afghanistan. The Islamic Republic supports the Fatemiyoun Brigade, which is composed of refugees from Afghanistan’s minority Hazara Shiite community and fights in Syria. The Iranian leadership is concerned that Hazaras as well as Tajiks, who share the use of the Persian language with Iranians, are not well represented in the ethnic Pashtun-dominated Taliban government.

Iranian foreign policy places considerable importance on Afghanistan. Iran had relations with both the previous US-backed Afghan government and the Taliban during the war, though Iran’s Shiite Islamist leadership has traditionally had a difficult relationship with the radical Sunni Islamist Taliban.

Following the Taliban takeover of the country in August amid the US military withdrawal, Iran kept its embassy in Kabul open and resumed flights to Afghanistan in September.

Iran has also recently stepped up engagement with Pakistan, which is heavily involved in Afghan affairs.

Despite the ties, Iran does not have considerable influence over the Taliban. Iranian Foreign Minister Hossein Amir-Abdollahian told reporters today that Iran has “security contacts and consultations” with the Taliban government, referring to it as “the caretaker or temporary governing body in Afghanistan.” The diplomat also said Iran will continue dialogue with various actors in Afghanistan.

The Iranian population is divided on Afghanistan. Some conservatives want good relations with the Taliban, while many Reformists and Afghan refugees want Iran to support resistance fighters.

China’s participation in the conference is also noteworthy. Chinese Foreign Minister Wang Yi is presently in Qatar for talks with the Taliban.