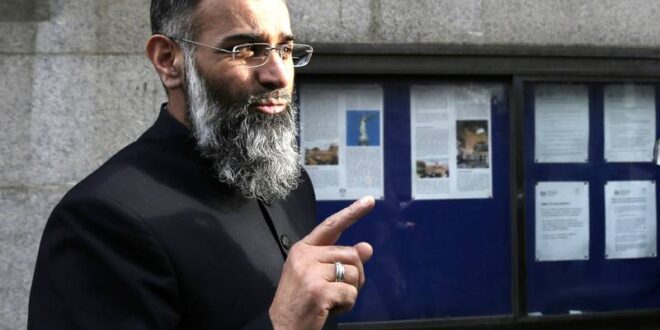 British radical preacher Anjem Choudary, who was jailed for encouraging support for ISIS, has turned to alternative social media channels, such as Telegram, to continue preaching after Twitter and Facebook banned him.

Choudary, 54, was released early from a five-and-a-half-year sentence from HMP Belmarsh in 2018, imposed after he used online lectures and messages to encourage support of ISIS.

He was subjected to more than 20 conditions, which included a ban on public speaking, restricted internet and mobile phone use and a ban on contacting suspected extremists.

When the UK lifted those restrictions in July, many mainstream platforms opted to ban him.

However, researchers at think tank the Counter Extremism Project have discovered that he has turned to alternative sites.

“He is once again using social media to spread his extremist messages,” CEP said.

“Despite being banned from Twitter and Facebook, Choudary has signed up for a plethora of other social media platforms on which to post … diatribes calling for the creation of an Islamic caliphate ruled under Sharia law, all while boasting of how easily he rejoined social media.

“Notably, Choudary has taken to the encrypted messaging app Telegram to disseminate essays and press releases to his hundreds of followers.”

Choudary led the Al Muhajiroun (ALM) network, which inspired terrorists including Usman Khan, who killed two people on London Bridge in 2019. Khan was on licence after being released early from a terrorism sentence for plotting to bomb the London Stock Exchange.

This month it was reported that the man arrested on suspicion of murdering British MP David Amess, Ali Harbi Ali, had allegedly been radicalised by videos of Choudary.

“Renewed public scrutiny has been placed on Choudary, his teachings and presence on social media”, after the killing of British MP David Amess, CEP said.

“Friends of the suspect … Ali Harbi Ali, have made statements to authorities that Ali was radicalised in high school from watching YouTube videos of Choudary,” the think tank said.

“For years before his 2014 arrest, Choudary’s Islamist speeches, anti-Western rhetoric, and declared support for foreign Islamist movements such as ISIS drew the attention of British authorities, who connected Choudary to multiple terrorist-related cases in the United Kingdom and Europe.

Former ALM members who turned to terrorism include the leader of three attackers who killed eight people at London Bridge in 2017, and Khalid Masood, who murdered five people on Westminster Bridge that year.

The group’s influence is said to extend far beyond Britain. Those connected include Abu Hamza Al Masri, sentenced to life in the US in 2015 for terrorism-related offences.

Other ALM members have been linked to terrorist attacks internationally and a quarter of jailed terrorists in the UK were also associated with the proscribed group.

“CEP has documented 145 entities, 112 individuals, and 33 organisations with links to Choudary,” the think tank said.

“Of these 112 individuals, 19 successfully carried out terrorist attacks, 50 attempted to carry out a terrorist attack, and 38 are Islamist propagandists or recruiters.”

Choudary’s influence in Europe has been such that the Dutch intelligence agency Avid accused him of being a prominent ISIS influencer in the Netherlands.