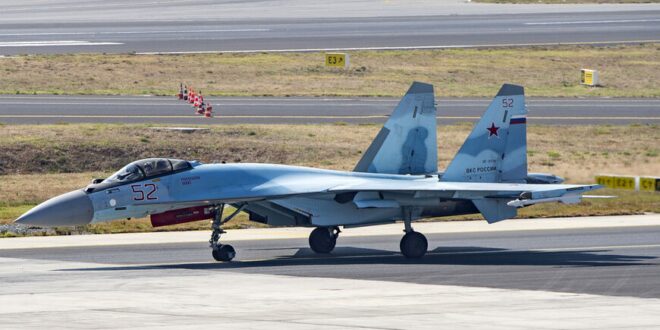 All eyes are on next week’s Glasgow summit as Turkish President Recep Tayyip Erdogan seeks to talk F-35s and F-16s with US President Joe Biden.

Pentagon officials met with representatives of Turkey’s Defense Ministry in Ankara Oct. 27 in a bid to resolve the two NATO allies’ dispute over Turkey’s expulsion from the F-35 Joint Strike Fighter program.

The Defense Department’s top policy director for Europe and NATO, Andrew Winternitz, accompanied Melissa Benkert, a top director at the Pentagon’s acquisitions and sustainment office, in the discussions.

The Pentagon said the talks in Ankara were “productive,” yet whether the two sides agreed on anything concrete remains unclear. “The meeting demonstrates the commitment of the United States government to conclude respectfully Turkey’s prior involvement in the F-35 program,” the Pentagon’s statement read.

One US military official called the meeting a “necessary first step” toward resolving the dispute.

Why it Matters: The positive tone suggests Turkish officials have the Biden administration’s full attention. Still, don’t expect the quarrel — which helped plunge Washington’s relations with Ankara to their lowest point in perhaps four decades — to disappear overnight.

Turkey’s leaders are demanding compensation for $1.4 billion they paid toward an initial order of up to 100 Lockheed-Martin F-35s. Before any of the planes were delivered, however, Washington expelled Turkey from the club of nations allowed to acquire the fifth-generation fighter jet after Ankara also purchased Russia’s S-400 missile defense system in 2017.

US officials insist the S-400’s radar systems threaten to compromise the F-35’s cutting-edge technology. Their allies in Anatolia have pushed back on that while insisting their government is free to purchase weapons as it sees fit.

Turkey’s President Recep Tayyip Erdogan recently hinted at a path forward in the dispute, saying that the Biden administration proposed a sale and upgrade of several dozen F-16s for Turkey to compensate for Ankara’s loss.

The Turkish air force relies heavily on the F-16 fighter jet, but roughly half of its fleet are in need of modernization upgrades.

“We will get this $1.4 billion of ours one way or another,” Erdogan said in apparent response last week.

“Either Turkey needs to be sent back to the F-35 program or the money we paid should be given or compensated with other products,” Turkey’s Foreign Minister Mevlut Cavusoglu told CNN yesterday.

Meanwhile, Turkey’s leaders are teasing the option of buying Russian fighter jets as a pressure tactic ahead of a proposed meeting between President Joe Biden and Erdogan.

But officials in Washington have been unequivocal: Additional purchases of major Russian military hardware by Turkey will trigger additional US economic sanctions. Such a move would also likely harm Turkey’s ties with NATO beyond calculable repair.

What’s Next: Erdogan was hoping to discuss the F-35 issue with Biden at the G-20 summit in Rome this weekend, but that may have to wait till world leaders assemble in Glasgow next week.

While no date has yet been announced, the Pentagon said its dispute resolution team agreed to hold its next meeting with Turkish counterparts in Washington in the coming months.

Whether the Biden administration can sufficiently manage Congress’ animosity toward Erdogan to make any real progress in patching over the NATO rift remains to be seen.