The initial omens are good for the joint opposition candidate for PM in Hungary’s 2022 election, but Peter Marki-Zay has his work cut out to convince rural voters and is already the subject of vicious character attacks from Viktor Orban’s Fidesz.

International politicians and journalists alike had a terrible time trying to learn how to pronounce properly the surname of Hungary’s new prime minister back in 2004: Gyurcsany. Today, they are having similar trouble learning how to spell the name of the city that the prime ministerial hopeful of the opposition governs: Hodmezovasarhely.

Perhaps even more difficult than learning how to spell this name was to foresee that Peter Marki-Zay, a fluent English-speaking former marketing expert and businessman, would see off much better-known politicians in the October primaries held to determine who would be the joint opposition’s prime ministerial candidate in next year’s general election: Gergely Karacsony, the mayor of Budapest; Peter Jakab, the president of the former far-right Jobbik party; and Klara Dobrev, MEP for the Democratic Coalition and wife of the aforementioned Ferenc Gyurcsany.

Marki-Zay, or MZP as he’s known more colloquially, was polling so poorly before the first round of the primaries on September 18-28 that it seemed highly unlikely he would be among the top three candidates to make it through to the second and final round held on October 10-16. But then he did, with only 21 per cent of the vote. And then, with the help of a high turnout and the tactical withdrawal of Karacsony, he easily defeated Dobrev with almost 57 per cent of the vote.

More than 850,000 ballots were cast during the opposition primaries out of the 8 million voters in Hungary – which means that almost 11 per cent of voters participated. That would qualify high even by the standards of countries where primaries are traditionally held, such as the US and France. With more than 370,000 votes cast in total for Marki-Zay, he enjoys strong legitimacy among the opposition.

For months, the ruling party of Fidesz wrote off Marki-Zay as someone with zero chance of being the candidate who would take on Prime Minister Viktor Orban in the 2022 election, instead preparing for either Karacsony or Dobrev as the challenger. The surprise win by the mayor of Hodmezovasarhely, therefore, presents a big threat to the current government, which has built its reputation and past three landslide electoral successes on a manufactured idea of stability and predictability.

Popular rather than populist
With this win, Marki-Zay has been elevated into the position of de-facto leader of the six-party joint opposition, without even being a member of any of the six parties. This paradox reveals one of his key strengths: he was able to convince establishment-critical voters to take part in the second round of the primaries – establishment-critical not only in the sense that they are angry about the Orban regime, but also in the sense that they are unhappy with the opposition too.

According to the polls and voting patterns – huge second-round turnouts in university cities and districts – a lot of the younger generation participated in the primary process and voted for Marki-Zay. A large section of the urban intelligentsia also lined up behind him.

Although the momentum that carried Marki-Zay through the primaries was surprising, it fits into the international populist Zeitgeist. Anti-establishment sentiments and new political parties and movements have proved consequential in several countries, leading to the rise of Donald Trump in the US, Emmanuel Macron in France, Volodymyr Zelensky in Ukraine, Igor Matovic in Slovakia and Andrej Babis in Czechia.

Those comparisons should not be overstated, however. Marki-Zay might be prone to bombastic statements and talk in an atypical way for a politician, but he is not at all vague about his ideological standpoint, defining himself as a true Christian conservative and pro-European and Transatlanticist. The results show that ideological differences barely mattered during the primaries: even some of the most liberal voters cast their ballots for the more conservative candidate in the second round. One reason is that they were looking for the most potent challenger to Orban and surmised that a conservative politician would have a better chance of beating the current prime minister than a liberal one.

Marki-Zay is also rather non-populist when it comes to government spending. While during the primaries we witnessed a rash of promises from the various candidates regarding pay rises for teachers, nurses, doctors and others, he stood alone in calling for prudence and sovereignty.

What happens now?
The successful organisation and management of the primaries, the high turnout, and conclusive results are reasons for the opposition parties to celebrate. But they still need to do a lot more to gain a sufficient number of votes to win a majority of the seats in parliament, especially in the small towns and settlements where the opposition has lower support and we could see a lower turnout than in the primaries.

The dynamics of the six-party machine – perhaps even seven-party, as Marki-Zay has expressed willingness to include his own movement, Everybody’s Hungary Movement, in the alliance – are threatened also by infighting within the fragile opposition alliance, something Fidesz will no doubt help to fuel. There are already signs of a battle for dominance between Gyurcsany/Dobrev’s Democratic Coalition (possibly in concert with Jobbik) and Marki-Zay. It’s unlikely to blow up the opposition cooperation, but could reduce the efficiency of the cooperation.

A recent poll indicated a small advantage for the opposition side among Hungary’s voters: 47 per cent want Orban out and 44 per cent want him to stay. But in order to overcome the distortions of the electoral system (e.g. gerrymandered constituencies), the opposition has to win big time, by 4-5 percentage points at least to be sure of defeating Fidesz, which might not be such a stretch given that an October 27 poll showed the united opposition up by 4 points.

The opposition alliance also has to overcome the huge pre-election spending splurge by Fidesz, which has pledged a 13th monthly pension for the elderly, tax exemptions for youngsters, tax returns for families – the list goes on.

Marki-Zay will have to withstand vicious character assaults by what has become the most centralised, proficient disinformation machine in Europe, operating with an unlimited amount of funds. Pro-government propaganda will paint Marki-Zay as a career leftist and crony of Gyurcsany – the unpopular ex-prime minister whose wife he just defeated in the primaries. While in the 2018 election the Hungarian-born US financier George Soros was the archenemy featuring on Fidesz election billboards, it is already Marki-Zay and Gyurcsany appearing on them.

Even so, with Marki-Zay as joint opposition leader, the Hungarian government is definitely beatable in the election – something Orban clearly realises and probably why the government has doled out so many state assets in advance to “private” Fidesz-controlled funds.

The enemy is closing in on Orban – and he has a new face. 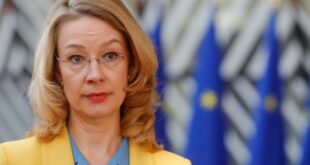 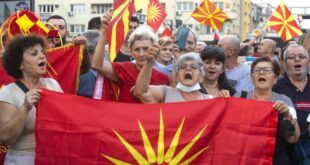 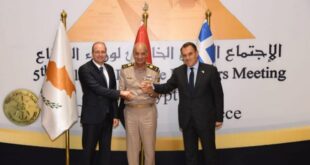