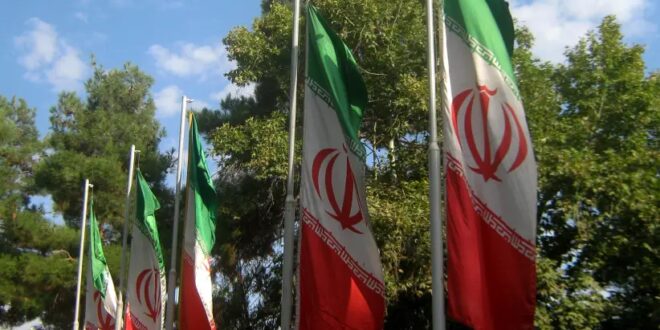 Israel ‘will do what it needs to’ against a nuclear Iran, Bennett says

“Iran poses a strategic threat to the world and an existential threat to Israel, and they ought not to be allowed to get away with it,” said Prime Minister Naftali Bennett.

Israel will do what is necessary to protect itself against the Iranian existential threat, Prime Minister Naftali Bennett said on Thursday, as world powers are expected to hold November 29 talks in Vienna with Tehran on the renewal of the 2015 nuclear deal.

“We will not tire, we will be relentless, when we are talking about the very existence of the Jewish state, we will do what we need to do,” Bennett said in a virtual address to a United States-based virtual conference by the group United Against a Nuclear Iran.

“Iran poses a strategic threat to the world and an existential threat to Israel, and they ought not to be allowed to get away with it.

“If Iran goes nuclear, you will get Turkey, Egypt, Saudi Arabia, the whole Middle East will go nuclear. We have to keep up our pressure on Iran, and we have to stay united in our efforts to do so,” Bennett said.

Former US Ambassador to the UN Nikki Haley, who served under the Trump administration, said she believed the Iran deal, also known as the Joint Comprehensive Plan of Action, was outdated.

She accused the Biden administration of abandoning US Middle East allies on Iran and in specific of sending Saudi Arabia into the arms of Tehran.

“We should never go and give concessions to Iran and play on their terms,” but there should be a conversation with the Arab countries and Israel, Haley said.

“Israel now is contemplating how to deal with Iran without us, that is an unbelievable scenario, and they are not wrong to do that. If I was advising Israel I would say do not count on the Biden administration to help you with Iran, because they are not going to be there,” she said.

Republicans and Democrats alike want to stop a nuclear Iran, but the Biden administration lacks bi-partisan support for the revival of the 2015 deal, said Haley. Like Israel, she does not believe the 2015 deal would stop Iran from becoming a nuclear power.

Iranian President Ebrahim Raisi, who is under personal US sanctions over allegations of human rights abuses in his past as a judge, said on Thursday that Iran seeks the “lifting of all US sanctions and neutralization of sanctions,” as he issued an uncompromising tone ahead of the Vienna discussions.

“The negotiations we are considering are result-oriented ones. We will not leave the negotiating table… but we will not retreat from the interests of our nation in any way,” Iranian state TV quoted Raisi as saying.

Under the 2015 deal between Iran and six world powers, Tehran curbed its uranium enrichment program, a possible pathway to nuclear arms, in return for the lifting of US, UN and European Union sanctions.

But former US president Donald Trump quit the deal in 2018 and reimposed harsh sanctions on Iran’s oil and financial sectors that have crippled its economy, prompting Tehran to breach limits set by the pact on its nuclear work.

In spite of six rounds of indirect talks, Tehran and Washington still disagree on which steps need to be taken and when with key issues being what nuclear limits Tehran will accept and what sanctions Washington will remove.

“The Americans have used all means, policies and strategies to surrender the Iranian nation… but the Islamic Republic has become stronger,” Salami said in a televised speech to mark the siege of the US embassy in Tehran after the 1979 Islamic revolution.