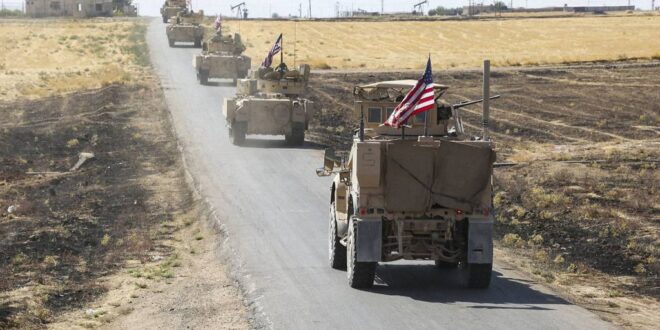 Iraqi forces remain incapable of operating without U.S. support while Iranian-backed militias who have targeted coalition forces are in a strategic pause, according to a report released by Lead Inspector General for Operation Inherent Resolve. Meanwhile, ISIS remains “entrenched as a low-level insurgency” as the U.S. military ends its combat role in Iraq by Dec. 31 of this year.

Released to the public Thursday, the 27th quarterly Lead IG report on OIR notes that although ISIS activity is down significantly from the same time last year, Iraqi Security Forces demonstrate poor operational security, a lack of reliable information on operations, and complacency. This lack of planning and operational control, in turn, leads to large-scale Iraqi Security operations being “forecast in advance.”

According to the report, the dependence on U.S. and cdoalition support is not limited to ISF. Combined Joint Task Force-OIR partner forces throughout the region continue to rely on U.S.-led coalition support for intelligence gathering, surveillance and reconnaissance, intelligence integration, and airstrikes.

In Syria, the Syrian Democratic Forces can only conduct human intelligence gathering independently while relying on coalition assistance for all other intelligence activities. Despite these limitations, the report notes that coalition partner forces throughout the region are making strides in their fight against ISIS.

The IG report says that while there has been no notable change to ISIS’s cohesiveness, objectives, or recovery strategy, the group’s capabilities have been degraded to conducting “isolated insurgent and terrorist attacks” and cannot maintain coherent military operations.

According to the report, ISIS’s overall strategy remains one of aspirational resurgence. Rather than engaging in large-scale attacks, ISIS seeks to maintain its notoriety amongst the population while rebuilding its influence amongst the people of Iraq and re-establish itself as a governing organization in the region.

In addition to the reduced operational capability of ISIS, the report also noted that activity from Iranian-backed and aligned militias also showed a reduction, despite Iran continuing to supply these militias with weapons and financial support.

The Defense Intelligence Agency, whose assessments and analysis were included in the Overall IG report, stated that Iranian-supported militias were responsible for near-daily rocket and UAV attacks during the first week in July.

However, the report notes that following the July agreement between the U.S. and Iraqi government to end the U.S. combat role at the end of 2021, Iranian-backed militias engaged in a “notable pause” in attacking coalition forces in the country. According to the DIA, this is a deliberate cessation of activity to avoid disrupting the transition of U.S. forces into a non-combat role.

While the DIA assessed that the drop in attacks on U.S. and Coalition forces by Iranian-backed militias a deliberate pause, seeking to facilitate a U.S. exit from Iraq, apparent dissatisfaction by Iraqi leadership regarding Iranian influence within Iraq’s Popular Mobilization Forces is also a factor.

Following the group’s rapid seizure of large swaths of Iraq beginning in 2014, PMFs played a prominent role in rolling back the attempted caliphate in places such as Mosul. The largely Shia PMFs enjoyed a significant degree of support from Shia Iran. According to the report, Iraqi political and religious figures such as Grand Ayatollah Ali al-Sistani, and Muqtada al-Sadr have expressed frustration with Iranian influence in the PMFs, which are also considered part of the Iraqi Security State. As a result, in the last year, four Iranian-backed PMF brigades have been administratively separated.

While the U.S. combat mission in Iraq is slated to end at the end of 2021, and the report notes that partner forces rely upon U.S. and coalition support in many areas, the regional threat from ISIS is significantly reduced. However, the report’s authors cautioned that these gains were tenuous, and moving forward, consolidating them through “sustained pressure” is key in preventing the group’s resurgence.