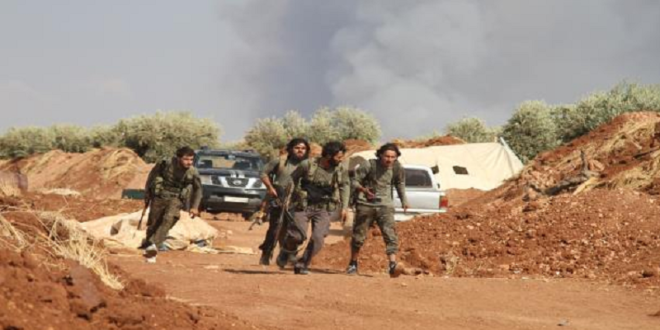 SOHR activists have reported that a regime soldier was shot dead by rebel factions on Saraqib frontlines, east of Idlib city.

Meanwhile, opposition factions have shelled, with rockets, positions of regime forces in Telat al-Burkan in northern Latakia, al-Shaikh Uqail frontline, Ourom al-Soughra in western Aleppo, al-Dar al-Kabera frontline and al-Talheya village in Idlib countryside. However, no casualties have been reported yet.

The frontlines of al-Futirah in south Idlib and vicinity of Saraqeb exchange of attacks with medium and heavy machine guns between regime forces and proxy gunmen on one side and the factions in the region on the other in the early hours of Wednesday.

On the other hand, regime forces have bombarded areas in vicinity of Kafrnouran village in west Aleppo countryside and other regions in Sahl al-Ghab in northwest Hama and Koubanah frontlines in Jabal al-Akrad in north Latakia countryside.