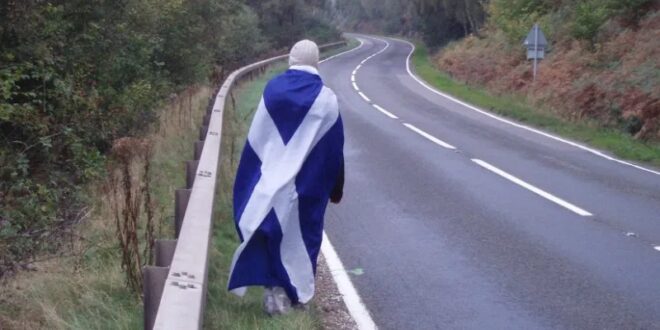 Scotland Should Not Rush Into New Independence Vote – OpEd

The question of Scottish independence was supposed to have been resolved by the 2014 referendum for at least “a generation.” However, the issue was reactivated by the Brexit vote of 2016, in which two-thirds of Scots voted to remain in the EU. The Scottish National Party has been making the case that Scotland was dragged out of Europe against its wishes.

The COVID-19 pandemic is the only thing that has given pause to the SNP’s drive to get independence back on the table. But as the immediate health crisis appears to be subsiding — and on the back of a Scottish parliamentary election in May that returned the SNP as the biggest party in Holyrood with 64 seats (up one), but still one short of an overall majority, meaning the SNP negotiated a coalition with the Scottish Green Party — the attention of the devolved government has returned to its principal political project: An independent Scotland.

The problem, however, is that it is very difficult to see how Scotland could afford to go its own way. Scotland’s 2020-2021 budget deficit amounted to £36.3 billion ($49.1 billion), or 22 percent of Scotland’s entire gross domestic product — significantly higher than the 14.2 percent of the UK as a whole. Of course, the last fiscal year has been a very difficult one for most countries around the world due to the pandemic. And, although this sounds cataclysmic, the Scottish government does not have borrowing powers, so the deficit actually gets subsumed into the UK’s much larger budget deficit, which has also ballooned in the wake of the pandemic — though it is still much more sustainable.

The more fundamental figure is £15.1 billion, which was Scotland’s fiscal deficit in 2019-2020, amounting to 8.6 percent of GDP. That net figure includes ongoing income from Scotland’s dwindling North Sea oil reserves. When taking that ephemeral fiscal boost out of the equation, Scotland’s structural fiscal deficit has hovered at about 10 percent for decades.

The SNP’s economic case for independence in 2014 was predicated on a second North Sea oil boom, which was supposed to bring in revenues of £6.8 billion to £7.9 billion per year. The SNP was proposing that Scotland would plug (most of) its yawning fiscal gap with the temporary windfall afforded by a finite resource with a volatile international price. That is an old mistake made by oil economies — save for Norway, which has consistently invested its oil revenues in a long-term fund that will keep the country going long after the fuel runs out. In Scotland, oil revenues have averaged £600 million a year since 2014 for a number of reasons, from price volatility to global efforts to move away from fossil fuels and toward more sustainable sources of energy.

This is where COP26 enters the discussion. One of the more delicate political issues in Scotland over the past year has been the question of expanding North Sea oil exploitation, particularly in the Cambo field. The only way for the SNP, and indeed for Scotland, to square this circle is to find some alternative fiscal boost that can replace oil in the architecture of the old argument for independence. And, at least at first sight, Scotland has one plausible candidate for that role: Renewables.

Scotland is a windy place. It is surrounded by a very large number of islands with shallow waters and strong currents, ideal for seabed turbine technologies. And it has innumerable firths (i.e., fjords) that could be tapped for tidal power.

Moreover, much of the oil and gas physical infrastructure it has built over the past 50 years, as well the skills base that goes into that sector, can be retrofitted for the production and export of hydrogen, both “blue” (natural gas split into hydrogen and carbon dioxide) and “green” (water split by electrolysis into hydrogen and oxygen).

Renewables are strong, growing and still have a lot of room to keep growing. And, if the appropriate hydrogen infrastructure is built, they could amount to a sustainable export industry that could add up to some 12 percent of GDP — a very good place to be. But getting there would require a quadrupling of current output, plus building up all the infrastructure to be able to absorb and export the surplus of energy production. And all of that requires huge amounts of investment in the infrastructure needed to support such growth both by the private sector and, equally importantly, the public sector. All at a time when the Scottish government would also need to maintain subsidies to sustain that growth.

The sensible way to go about independence for Scotland would be for supporters to bide their time and use the fiscal cushion afforded by the Union to invest in the economic transformations the country needs in order to afford independence. But that might take a good 20 years or more of consistently sound economic policy. And, by then, the post-Brexit political logic in favor of independence will likely have evaporated. The SNP does not appear to be in the mood to wait and do things the sensible way. Just like with Brexit, it will be those who can least afford it that will ultimately suffer the downsides of yet another self-defeating nationalist project.