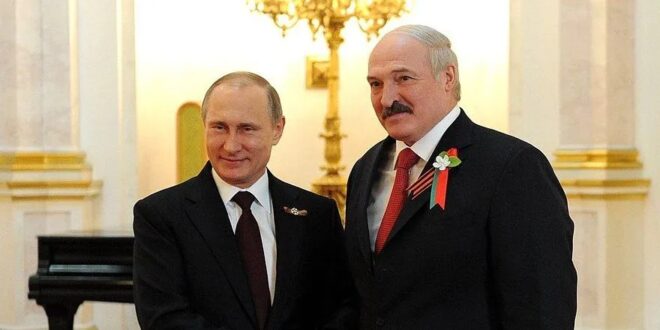 Belarus: The Next Crimea?

Rumours of a Russian takeover of Belarus have been around ever since Russia and Belarus signed the Union State Treaty in 1999. After Russia’s 2014 annexation of Crimea demonstrated that it was willing to act on its – up to that point purely rhetorical – commitment to the protection of its ‘compatriots’, pundits have argued that Belarus, home to large scores of Russian speakers, may well constitute the ‘next Crimea’. The nationwide protests against Belarusian President Alexander Lukashenko that broke out around the fraudulent August 2020 presidential elections gave new impetus to these rumours: commentators argued that Russia might use the instability caused by the protests as an excuse to intervene in Belarus to pacify the country or some of its regions.

Since Crimea, however, Russia has not interfered in Belarus – neither on the basis of the Union State Treaty, nor ‘compatriot protection’ or post-election instability. This has prompted critics such as Dzianis Melyantsou and Marlene Laruelle – a French-born, US-based academic and a leading specialist on Eurasia – to reassess the predicted ‘Crimean domino effect’ in Belarus and other post-Soviet states by demonstrating that conventional accounts raising the possibility of Russian interventions in Eurasia mischaracterise or wholly fail to take into account the peculiarities of individual republics. The pitfalls of such predicted intervention scenarios emerge clearly in the case of Belarus.

In an article published in 2016, Marlene Laruelle identified three dominant schools of analysis in the vast academic literature on post-Soviet Russian-inspired secessionism. These centre on (i) Russia’s role as an external actor in fuelling secessionist sentiment in Eurasia; (ii) how certain historical, demographic and societal elements co-determine the success of secessionist movements; and (iii) the role played by grassroots activism and local grievances.

By looking into how these three schools of analysis account for Russia-sponsored ethnic Russian secessionism – or the lack thereof – in Kazakhstan, Laruelle finally exposed the shallowness of theories predicting a ‘Crimean domino effect’ in Kazakhstan, ultimately arguing that such scenarios are ‘largely hyped’.

Applying Laruelle’s analytical framework to the case of Belarus may yield a more nuanced understanding of the risk of a Russian takeover of that country.

Laruelle’s first school of analysis is concerned with Russia’s role in fuelling secessionist sentiments among ‘fellow Russians’ in Eurasia. Laruelle demonstrates that Moscow’s ‘activation of compatriots’ is more likely to occur in cases where the relationship between Russia and the ‘host state’ takes a turn for the worse.

In arguing that Belarus may constitute the ‘next Crimea’, pundits have posited Belarus as Moscow’s ‘most expensive ally’, an ‘unreliable partner’ that obstructs Moscow’s foreign policy objectives despite the preferential treatment it receives. More recently, the use of the Belarusian language and alternative national symbols by many in the democratic movement has been said to imply that the movement will pursue a more exclusionary nationalist policy agenda, while also seeking to change Belarus’ current relationship with Russia.

Despite these concerns, there is currently little reason to suspect that Belarus will ‘fall out of orbit’: Belarus continues to benefit from subsidised Russian energy imports, it joined Russia’s large-scale Zapad-2021 military exercise, and it has joined virtually all Russian-led international projects including the EAEU and the CSTO. Moreover, Sviatlana Tsikhanouskaya seems to understand that Belarus will need close relations with Russia should there be a regime change, while the most recent Western sanctions will ensure Lukashenka’s continued reliance on Moscow, as he is less able to turn to Brussels to perform his economic balancing act.

Following Laruelle’s framework, the nature of the relationship between Minsk and Moscow is such that Moscow will have little to gain from ‘activating’ its ‘fellow Russians’ in Belarus, especially considering the likely economic instability and political turmoil that such an activation would bring: the cost of ‘activation’ simply would not outweigh the benefits.

Pundits have also pointed to certain historical, demographic and economic fundamentals as co-determinants of Russian secessionist tension in Eurasia, arguments that Laruelle categorises into the second school of analysis.

Although Belarus is home to a sizeable group of Russian speakers who may invoke ‘compatriot protection’, a glance at Belarusian census data, history and geography problematises the idea of distinguishing a sizeable ‘Russian minority’ or distinct ‘Russian part’ of the country that is different from the ‘Belarusian majority’ or ‘Belarusian part’, as has commonly been done in Ukraine.

Similarly, following Laruelle’s reasoning, the position of Belarus in Russian history and public opinion should be considered vastly different from Crimea’s. Similar to Laruelle’s study of Kazakhstan, ‘there is no “gift from Khrushchev” to mourn, [while] the “Russianness” of [Belarus] cannot be embodied in a famous city whose mere mention would spark a rally-around the flag movement in Russia’.

Opinion polls conducted by the Levada Center reflect this different perception of Belarus. Levada demonstrates limited societal support in Russia for closer integration of the Russo-Belarusian Union State (11%), with support for annexing Belarus into the Russian Federation at a similarly low level (13%). This stands in sharp contrast to the stable support for the annexation of Crimea of approximately 85% that has been observed since 2014.

Laruelle’s third school of analysis centres on grassroots activism and local grievances in determining the potential of success of outward-looking secessionist movements. In her work, Laruelle convincingly argues how, unlike Crimea’s Russians, Kazakhstan’s Russians gradually slid into disorganisation and depoliticisation over the last few decades, thereby compromising their political leverage.

Similarly, it is problematic to speak of strongly articulated ‘local grievances’ in the case of Belarus. This is connected to Laruelle’s second school: it is difficult to distinguish a geographic element of ‘Russianness’ in Belarus or any of its regions. Likewise, there are no recorded calls for regional autonomy in Belarus.

It could thus be argued that Belarus’ Russian speakers have become as depoliticised and disorganised as their counterparts in Kazakhstan: no major political party or major regionally active movement currently advocates for the position of Russian speakers in Belarus, which seriously limits their impact on Belarusian politics.

Rumours that Belarus would be submerged into Russia on the basis of the Union State Treaty, ‘compatriot protection’ or the most recent anti-government protests have turned out to be quite persistent, despite never coming true.

The application of Laruelle’s explanatory framework to the case of Belarus shows that such an outcome is unlikely for three reasons. Firstly, the nature of the relationship between Russia and Belarus is such that any ‘activation’ of Russians in Belarus would come with a high cost — and questionable benefits — for Moscow. Secondly, ascribing to Belarus a similar degree of Russianness — and the accompanying historical heroism — that has commonly been ascribed to Crimea has turned out to be problematic as well. Thirdly, where Laruelle demonstrated the importance of some sort of grassroots activist framework for outward-looking secessionist movements to succeed, this factor seems to be largely absent in Belarus.

In sum, prospects of a Russian takeover of Belarus, be it on the basis of either of the three scenarios described above, remain – as argued by Laruelle in the Kazakh case – ‘largely hyped’.

Post Views: 220
Previous Why is Bosnia on the Brink Again?
Next UK–Ukraine Security Cooperation