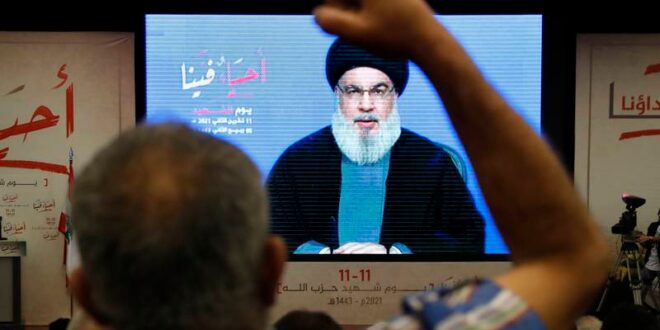 In a changing Middle East, Hezbollah is losing relevance

Regional realignment is storming ahead in the run-up to November 29, the date set for the resumption of nuclear negotiations between Iran and the global powers in Vienna. This is being driven by sudden, major regional developments. This includes the alleged actions by Iran’s proxies in Iraq, such as an assassination attempt against Prime Minister Mustafa Al Kadhimi as well as Hezbollah’s activities in Lebanon.

And yet, a breakthrough has also taken place in Syria, after a meeting between Sheikh Abdullah bin Zayed, Minister of Foreign Affairs and International Co-operation, and Syrian President Bashar Al Assad in Damascus. Following the visit, Iranian Foreign Minister Hossein Amir-Abdollahian and Sheikh Abdullah had a phone call. At the same time, Iran staged large-scale military drills in the Red Sea and the Gulf near the Strait of Hormuz, as the UAE, Bahrain and Israel held joint military exercises, led by the US Central Command in the Red Sea and the Gulf, the first of its kind.

Predictably, angry comments against such drills by Hezbollah leader Hassan Nasrallah were quickly proven wrong. Nasrallah has said he was in the loop about recent Saudi-Iranian talks in Iraq. He claimed that they did not mention “Lebanon or Hezbollah, neither with regards to Yemen or other issues”. However, Nasrallah’s claim reflects Hezbollah’s anxiety over deals taking place behind its back.

The current regional landscape is focused on the nuclear deal with Iran, and the development of US and European relations with Tehran and the effect this has on regional approaches to Israel. This means a number of things.

One is that all this time Gulf states have not been sitting around waiting until international deals were cut with Iran. Instead, they have taken strategic initiatives.

Saudi-Iranian talks are part of this, which naturally are focused on the Yemeni issue, given its implications for Saudi security. However, there are also broader security talks on the national security of Arab states, particularly Iraq. Lebanon does not appear to be a priority in these talks.

Syria is another place where Arab, American, Russian, Israeli and Iranian positions intersect, acknowledging the inevitability that Mr Al Assad will remain in power. Jordan has recently been active in promoting Arab normalisation of relations with him. King Abdullah’s efforts involved bringing US President Joe Biden on board over the issue of delivering gas via Egypt, Jordan and Syria to Lebanon. The Biden administration justified its consent by invoking humanitarian aid to Lebanon. But the truth is that this agreement was the first step to limiting the effect of the Caesar Act, which sanctions commercial dealings with the Syrian regime, imposed by US Congress under Donald Trump’s presidency.

The US is considering withdrawing its troops from Syria. The view of the Biden administration is that this exit would require the co-operation of Russia, Assad and Iran. The ousting of Javad Ghaffari, the IRGC general hostile to US forces in Syria, could be an indication of the agreements being made.

Syria is a crucial component of the drive for normalisation with Israel – something desired by Russia, the US and the Arab states that have normalised ties with Israel. One of the obstacles to it between Syria and Israel is Iran. Iran is a significant military power in Syria, and therefore has leverage. But Israel’s military role in Syria has tacit understanding from Russia and even the Assad regime. Strategically, Russia is stronger than Iran in Syria.

Arab normalisation with Damascus is taking place at multiple levels. Its purpose may be to limit Iran’s influence in certain regions of Syria. These Arab states acknowledge Russia’s interests in Syria and the subsequent sense of legitimacy this bestows on Mr Al Assad. These same countries have normalised ties with Israel and are leading the normalisation with Syria, which is not a coincidence.

If Syria normalises relations, it will not be alone. Perhaps it will affect Lebanon, which is joined at the hip to Syria. Libya could follow suit. What would Hezbollah do with its resistance then? The same conundrum would apply in any US-Iranian normalisation.

This week, US envoy for Iran Robert Malley is holding talks with Saudi Arabia, the UAE, Bahrain and Israel to discuss several issues, some involving the normalisation drive and others on concerns over Iran’s destabilising activities. The absolute priority for the Biden administration remains that nothing should affect the coming round of the nuclear talks seeking to revive the nuclear deal.

On the surface, the conditions that Iran has set for Washington appear to be deliberately unfeasible. However, some statements issued by Iran carry different implications, such as the remarks by its foreign minister about his country being open to a “good agreement”. For Mr Biden, the return to Obama era terms is a priority.

But a major difference is that back then key Arab states were taken by surprise. Today they have repositioned themselves to be ready. These are the same states Hezbollah is aggravating. In reality, Hezbollah’s escalation has only come at the expense and anger of Lebanese people. The group claims Israel feels an existential threat from it. But as the regional and international deck is reshuffled, it seems that it is Hezbollah that should be worried.