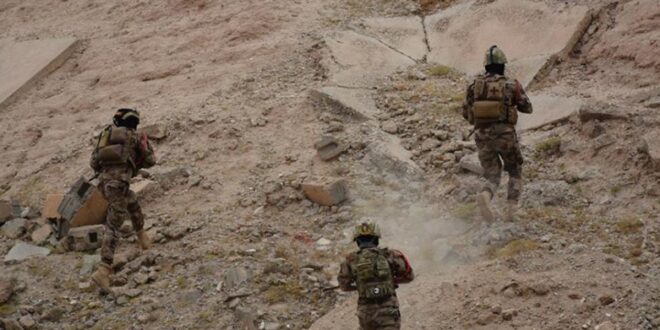 Members of the Iraqi security forces on Friday killed a senior ISIS figure in an operation south of the disputed Kirkuk province, the Iraqi Ministry of Defense said.

The ministry said in a statement that an Iraqi army unit had “killed the commander of the terrorist sniper detachment nicknamed (Abu Qatada) in the al-Bu Muhammad area in Wadi al-Shay.”

Wadi al-Shay is located southwest of the town of Daquq, about 40 km south of Kirkuk. ISIS cells are still active in that vast area.

The Ministry of Defense indicated that “Abu Qatada” was killed in an army ambush, resulting in two more wounded ISIS affiliates.

The statement gave no further details.

Wadi al-Shay is characterized by its rugged terrain and has witnessed similar military operations by the army, but it did not eliminate the remnants of the terrorist organization.

Territories disputed by Baghdad and the autonomous Kurdistan Region have witnessed regular and escalating violence carried out by terrorist organizations in areas like Tuz, Khurmatu, Jalawla, and Khanaqin, among others.

Although Iraq had declared a “final victory” against ISIS in December 2017, the organization’s fighters continue to carry out regular attacks. They include bombings, assassinations, and kidnappings in previously liberated areas, particularly in remote villages and regions, where security forces have difficulty monitoring the movements of the group’s activity.