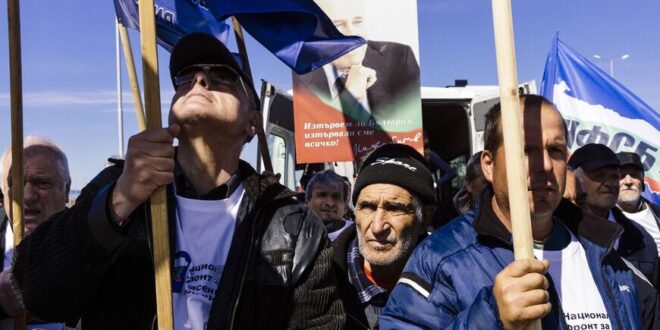 Turkey has rejected accusations that it is helping Bulgarian politicians representing the country’s Turkish minority.

The Turkish government has denied allegations that it interfered in neighboring Bulgaria’s election.

The Turkish Foreign Ministry summoned Bulgaria’s ambassador to Turkey, Hristov Tcholakov, and told him that Turkey rejects all accusations that it interfered in the Nov. 14 vote. The move followed Bulgaria summoning Turkey’s ambassador over the alleged interference, the official Anadolu Agency reported.

The issue of alleged Turkish interference in Bulgarian politics is not new. In March, Bulgaria summoned the Turkish ambassador after reports that a Turkish minister campaigned for the Democrats for Responsibility, Solidarity and Tolerance party in Istanbul. The party is popular with ethnic Turkish voters in Bulgaria. The Movement for Rights and Freedoms party also has considerable support in Bulgaria’s Turkish community.

More recently, Radio Bulgaria reported a protest outside the Turkish Embassy in Sofia yesterday. The demonstrators were motivated by the government’s demand that Turkey not interfere in the second round of presidential voting, which will take place on Nov. 21.

Bulgaria shares a land border with Turkey in southeastern Europe. Bulgaria is an important country in terms of Turkey’s security and defense policy. Russian gas imports to Turkey go through Bulgaria, for example.