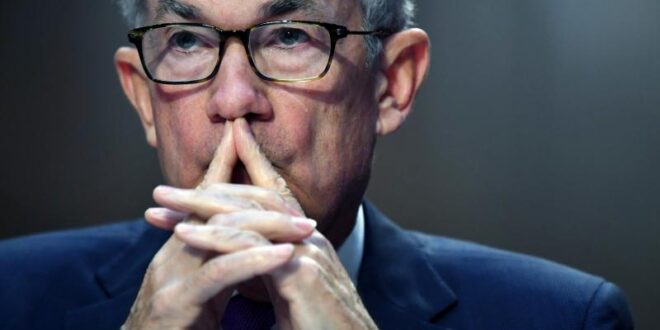 Is Inflation Here to Stay?

Early in the COVID-19 pandemic, in Foreign Affairs, I wrote that advanced economies were entering a new age: the age of magic money. Because inflation seemed dormant, central banks faced no penalty for conjuring money out of thin air. And because this money would drive interest rates lower, governments would likewise face no penalty for borrowing. A period of expansive government beckoned. Countries with firmly anchored prices would be empowered to assist citizens in extraordinary ways, courtesy of magic money.

Eighteen months on, this thesis seems both true and troubled. True, because the advanced economies’ response to the pandemic has been genuinely extraordinary. In 2020 and 2021, the U.S. government has propped up the economy by running budget deficits worth a combined 27.0 percent of one year’s GDP, far more than the cumulative 18.5 percent in 2009–10, following the global financial crisis. Thanks to this unprecedented stimulus, a miraculous recovery has ensued. Relative to the eve of the pandemic, U.S. consumers are richer, wages are up, businesses have more cash on hand, and real GDP is higher. Compare that with the painful rebuilding after the financial crash, when it took ten quarters for real output to exceed its mid-2008 high point. Other advanced economies—Japan, the euro area, and the United Kingdom—have experienced something similar. Expansive government programs have boosted household disposable income above the pre-pandemic level.

Yet the magic money thesis is simultaneously in trouble, because its premise—dormant inflation—has been battered. In the United States, the Federal Reserve’s preferred measure of core inflation came in at 3.6 percent in the year to September, a 30-year record. Across the 38 economies of the Organization for Economic Cooperation and Development, core inflation stands at 3.2 percent. This past June, I updated my analysis of magic money in Foreign Affairs and noted that inflation was stirring but suggested that this might be temporary; further, I argued that if inflation were to persist, the Fed would act to control it. Both these claims seem weaker now. In the past five months, core inflation has stayed obstinately high, and a rising chorus of commentary insists that the Fed is “behind the curve.” It is time to update my update.

THE PRICE IS NOT RIGHT
Even if the age of magic money really has ended, it has been a remarkable phase in economic history. As Matthew Klein of The Overshoot newsletter observes, the huge pandemic stimulus had three possible consequences. Companies and citizens might have taken the government handouts and nervously saved them, in which case magic money would have failed to spark recovery. At the other extreme, the private sector could have spent the handouts all at once, in which case there would have been hyperinflation. Instead, the economy followed a middle path, and the outcome has been pretty close to the ideal one. On the one hand, output has recovered fast. On the other hand, core inflation at 3.6 percent is a manageable problem. Magic money has worked extraordinarily well. If one parachutes from a great height and lands within yards of the target, that’s victory.

Second, although inflation has been more sustained and broader than expected, it may yet turn out to be transitory. In the near term, the world is short of fundamentals such as semiconductors, housing space, and energy, so price pressures may get worse before they get better. The digitization of everything, accelerated by the pandemic, has made the chip shortage especially painful; Goldman Sachs notes that the average new car contains 50 percent more semiconductors than it did just three years ago. But in the medium term, the supply factors pushing prices up seem more temporary than permanent. Production bottlenecks are likely to smooth themselves out as the world puts the pandemic behind it. Workers are likely to rejoin the labor force as more people get vaccinated and oral antiviral therapies to treat COVID-19 become more readily available. Meanwhile, energy prices are more likely to fall than to rise, given their currently high level.

Something similar can be said of the demand side of the inflation outlook. For now, too much demand is chasing too few goods, particularly the durable goods that have pushed prices upward. But by this time next year, the government stimulus will be waning. Consumers will have run down some of the financial reserves resulting from government largess and a dearth of spending opportunities during the pandemic. The service sector should be back to normal, absorbing some of the demand that is currently pushing up durable goods prices. Factor in the Fed’s measured withdrawal of stimulus, and the United States may gradually return to price stability. Under this scenario, magic money will have proved extraordinarily effective in 2020–21—and will likely get rolled out again whenever the next crisis arrives.

Of course, the outlook will darken if people come to expect continuous inflation. Given that the current supply-and-demand disruptions will persist into next year, workers may get into the habit of pushing for higher pay because they expect prices to go up, while businesses may raise prices reflexively because they expect higher wage costs. Already, investors are betting that inflation will average more than three percent over the next five years, though they also believe that the rate will come down in the subsequent five-year period. How people form inflation expectations is not well understood, so it’s hard to gauge this risk. But it is clearly not zero.

Another risk comes from the extraordinary state of the financial markets. U.S. fund managers have piled into the stock market on the TINA theory: the idea that with bonds yielding virtually nothing, “there is no alternative” to stocks. As a result, in the past year, stocks have jumped by about a quarter relative to earnings and are way above their long-term average. Housing prices and crypto assets have followed suit. If inflation turns out to be worse than it looks now, the Fed may be forced to surprise the markets with higher rate hikes. That could trigger a financial bust, which would damage the real economy.

In short, this drama is not over. If inflation expectations rise further, and if a consequent Fed tightening punctures markets, the age of magic money may indeed have ended. The perils of massive budget stimulus will have been exposed, although these may still pale relative to the perils of doing too little in a crisis. To reduce the risk of this negative scenario, the Fed should signal its concern: it should taper asset purchases faster, stand ready to raise interest rates sooner, and stop talking about unemployment. A calm forewarning of tougher tightening is better than delay followed by clampdown.

Yet a brighter future remains the most probable one. If supply stabilizes and demand subsides, measured tightening may turn out to be enough. By the start of 2023, inflation will have stabilized at or just above the two percent target—a bit higher than before, partly because of the jolt to expectations from the current inflation blip and partly because the ongoing transition to green energy will require major investments that will boost the cost of capital. The fact that inflation and interest rates will settle somewhat higher than before will be all to the good. The fear of “secular stagnation”—the worry that the economy can grow only with interest rates close to zero—will have been alleviated. Higher interest rates will discipline borrowers and render the financial system a bit less prone to bubbles.

If the U.S. economy can reach that healthy equilibrium, today’s inflation scare will soon be forgotten. The world will move on. The Fed will have won. And the age of magic money will continue.