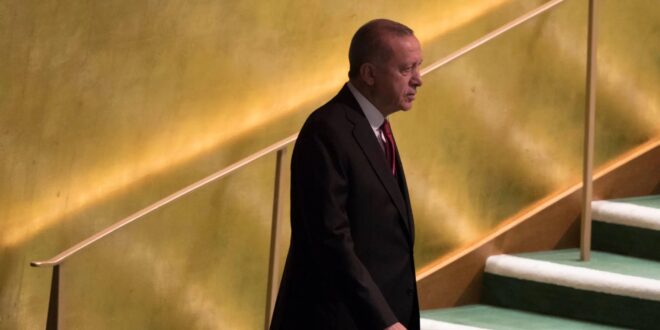 The United States and its allies accounted for a significantly outsize share of global democratic backsliding in the last decade, according to a new analysis.

American allies remain, on average, more democratic than the rest of the world. But nearly all have suffered a degree of democratic erosion since 2010, meaning that core elements like election fairness or judicial independence have weakened, and at rates far outpacing average declines among other countries.

With few exceptions, U.S.-aligned countries saw almost no democratic growth in that period, even as many beyond Washington’s orbit did.

The findings are reflected in data recorded by V-Dem, a Sweden-based nonprofit that tracks countries’ level of democracy across a host of indicators, and analyzed by The New York Times.

The revelations cast democracy’s travails, a defining trend of the current era, in a sharp light. They suggest that much of the world’s backsliding is not imposed on democracies by foreign powers, but rather is a rot rising within the world’s most powerful network of mostly democratic alliances.

In many cases, democracies like France or Slovenia saw institutions degrade, if only slightly, amid politics of backlash and distrust. In others, dictatorships like Bahrain curtailed already-modest freedoms. But, often, the trend was driven by a shift toward illiberal democracy.

In that form of government, elected leaders behave more like strongmen and political institutions are eroded, but personal rights mostly remain (except, often, for minorities).

U.S. allies often led this trend. Turkey, Hungary, Israel and the Philippines are all examples. A number of more established democracies have taken half-steps in their direction, too, including the United States, where voting rights, the politicization of courts, and other factors are considered cause for concern by many democracy scholars.

The findings also undercut American assumptions, widely held in both parties, that U.S. power is an innately democratizing force in the world.

Washington has long sold itself as a global champion for democracy. The reality has always been more complicated. But enough of its allies have moved toward that system to create an impression that American influence brings about American-style freedoms. These trends suggest that may no longer be true — if it ever was.

“It would be too easy to say this can all be explained by Trump,” cautioned Seva Gunitsky, a University of Toronto political scientist who studies how great powers influence democracies. Data indicates that the trend accelerated during his presidency but predated it.

Rather, scholars say this change is likely driven by longer-term forces. Declining faith in the United States as a model to aspire to. Declining faith in democracy itself, whose image has been tarnished by a series of 21st century shocks. Decades of American policy prioritizing near-term issues like counterterrorism. And growing enthusiasm for illiberal politics.

With the American-aligned world now a leader in the decline of a system it once pledged to promote, Dr. Gunitsky said, “The international consensus for democratization has shifted.”

Since the Cold War’s end, American-aligned countries have shifted toward democracy only slowly but, until the 2010s, mostly avoided backsliding.

In the 1990s, for instance, 19 allies grew more democratic, including Turkey and South Korea. Only six, like Jordan, became more autocratic, but all by very small amounts.

That’s according to V-Dem’s liberal democracy index, which factors dozens of metrics into a score from 0 to 1. Its methodology is transparent and considered highly rigorous. South Korea’s, for example, rose from 0.517 to 0.768 in that decade, amid a transition to full civilian rule. Most shifts are smaller, reflecting, say, an incremental advance in press freedom or slight step back in judicial independence.

During the 1990s, the United States and its allies accounted for 9 percent of the overall increases in democracy scores worldwide, according to the figures. In other words, they were responsible for 9 percent of global democratic growth. This is better than it sounds: Many were already highly democratic.

Also that decade, allied countries accounted for only 5 percent of global decreases — they backslid very little.

Those numbers worsened a little in the 2000s. Then, in the 2010s, they became disastrous. The U.S. and its allies accounted for only 5 percent of worldwide increases in democracy. But a staggering 36 percent of all backsliding occurred in U.S.-aligned countries.

On average, allied countries saw the quality of their democracies decline by nearly double the rate of non-allies, according to V-Dem’s figures.

The analysis defines “ally” as a country with which the United States has a formal or implied mutual defense commitment, of which there are 41. While “ally” could be plausibly defined in several different ways, all produce largely similar results.

This shift comes amid a period of turmoil for democracy, which is retrenching worldwide.

The data contradicts assumptions in Washington that this trend is driven by Russia and China, whose neighbors and partners have seen their scores change very little, or by Mr. Trump, who entered office when the shift was well underway.

Rather, backsliding is endemic across emerging and even established democracies, said Staffan I. Lindberg, a University of Gothenburg political scientist who helps oversee V-Dem. And such countries tend to be American-aligned.

This does not mean Washington is exactly causing their retrenchment, Dr. Lindberg stressed. But it isn’t irrelevant, either.

American Influence, for Better or Worse

Despite decades of Cold War messaging calling American alliances a force for democratization, this has never really been true, said Thomas Carothers, who studies democracy promotion at the Carnegie Endowment for International Peace.

While Washington encouraged democracy in Western Europe as an ideological counterweight to the Soviet Union, it suppressed its spread in much of the rest of the world.

It backed or installed dictators, encouraged violent repression of left-wing elements, and sponsored anti-democratic armed groups. Often, this was conducted in allied countries in cooperation with the local government. The Soviets did the same.

As a result, when the Cold War ended in 1989 and great power meddling receded, societies became freer to democratize and, in large numbers, they did.

“A lot of people came of age in those years and thought that was normal,” Mr. Carothers said, mistaking the 1990s wave as both the natural state of things and, because the United States was global hegemon, America’s doing.

“But then the war on terror hit in 2001,” he said, and Washington again pressed for pliant autocrats and curbs on democratization, this time in societies where Islam is predominant.

The result has been decades of weakening the foundations of democracy in allied countries. At the same time, American-led pressures in favor of democracy have begun falling away.

“Democratic hegemony is good for democratization, but not through the mechanisms that people usually think about, like democracy promotion,” said Dr. Gunitsky, the scholar of great power politics.

Rather than alliances or presidents demanding that dictators liberalize, neither of which have much of a track record, he said, “The U.S. influence, where it’s strongest, is an indirect influence, as an example to emulate.”

His research has found that the United States spurs democratization when other countries’ leaders, citizens or both see American-style governance as promising benefits like prosperity or freedom. Some may see adopting it, even superficially, as a way to win American support.

But once-positive impressions of American democracy have been rapidly declining.

“Very few in any public surveyed think American democracy is a good example for other countries to follow,” a recent Pew Research Center study found. On average, only 17 percent of people in surveyed countries called U.S. democracy worth emulating, while 23 percent said it had never offered a good example.

American prosperity may no longer look so appealing either, because of growing problems, like inequality, as well as the rise of China as an alternate economic model.

It may be more precise to think of what’s happening now as the rise of illiberal democracy as an alternate model. That system appears to be increasingly popular. Fuller democracy, with its protections for minorities and reliance on establishment institutions, is becoming less so.

But even people who want illiberal democracy for their country tend to find it unappealing in others, thanks to its nationalist tendencies. As impressions of U.S. democracy as a global model degrade, so does democracy itself.

“A lot of the appeal of democracy around the world is tied to appeal of the U.S. as a regime type,” Dr. Gunitsky said. “When one of those things decline, the other will decline.”

Americans performed three very different policies on the People’s Republic: From a total negation (and …