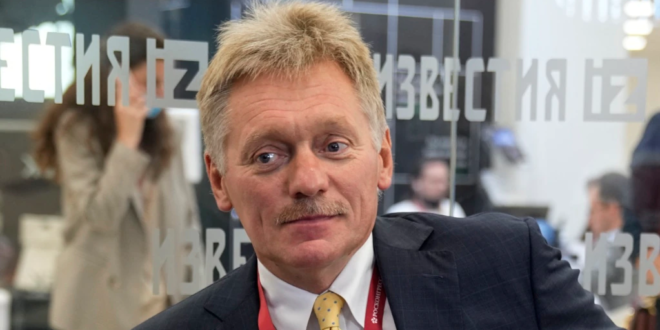 The Kremlin has gone on a verbal offensive amid Western concerns over its military buildup near Ukraine, while stressing the importance of an unconfirmed Russian-U.S. presidential summit Moscow says is in the works.

The Kremlin responded harshly on November 21 to U.S. Secretary of State Antony Blinken saying a day earlier that Washington and Europe have “real concerns” about Russian military moves near the Ukrainian border and about “some of the rhetoric we have been seeing and hearing from Russia as well as in social media.”

Kremlin spokesman Dmitry Peskov said the West was “artificially” raising tensions by suggesting that Moscow might invade Ukraine, whose military intelligence chief claimed on November 21 that Russia has amassed 92,000 troops near its borders and was readying an attack for early February.

Russia has recently defended its right to move troops on its territory while stressing the need for the West to respect Moscow’s self-declared “red lines” regarding the response to Russia’s illegal annexation of Ukraine’s Crimean Peninsula and other contentious issues.

Peskov, in comments aired on state television, described the Western response as “hysteria” that was “artificially whipped up.” In an apparent allusion to legal NATO operations in the Black Sea, Peskov added that “we are being accused of some kind of unusual military activity on our territory by those who have brought in their armed forces from overseas.”

The Kremlin has described recent routine patrols by U.S. naval ships in the Black Sea as a “provocation” by the United States and NATO. On November 8, a ship carrying two refitted former Coast Guard patrol boats left the United States for Ukraine in keeping with a security package with Kyiv following Russia’s 2014 seizure of Crimea and its support for separatists in Ukraine’s east. The ship, which is destined for the Ukrainian port city of Odesa, entered the Black Sea on November 20.

The deal has also led to the recent delivery of military equipment, including ammunition and Javelin anti-tank missiles, and overall the United States has committed to spending more than $2.5 billion to strengthen Ukraine’s defense.

Amid rising concerns over the Russian troop buildup, some U.S. lawmakers have called on the administration of U.S. President Joe Biden to deploy a U.S. military presence in the Black Sea to deter a Russian invasion, but no such action has been taken by Washington.

Russia has called any effort by the U.S. or NATO to boost Ukraine’s military structure as a “red line,” and has warned about the sovereign country’s efforts to join the NATO alliance.

Peskov on November 21 accused NATO of concentrating a “military fist” near Russia’s borders and urged the alliance to stop providing modern weapons to Ukraine.

Ukrainian military intelligence chief Kyrylo Budanov provided the 92,000 Russian troop buildup estimate and made the allegation that Russia was planning to invade in an interview published by the Military Times.

Budanov said Russia has increased troop levels and equipment in the Ukrainian region of Crimea, and has moved short-range ballistic missile systems and other weaponry to the area near the two countries’ border.

Earlier this week NATO Secretary-General Jens Stoltenberg raised alarm about the “unusual concentration” of Russian forces along Ukraine’s border, noting that similar forces were used by Moscow in the past to intervene in neighboring countries.

On November 20, U.S. Secretary of State Blinken said Washington’s concerns about the Russian troop buildup were “widely shared” by U.S. allies. He did not say whether U.S. intelligence believed Russia intended to seize land from Ukraine, where it has supported Donbas separatists fighting against Kyiv since 2014. Some 14,000 people have been killed in the ongoing war in Ukraine.

“We don’t know what President Putin’s intentions are. But we do know what’s happened in the past. We know the playbook of trying to cite some illusory provocation from Ukraine or any other country and using that as an excuse for what Russia plans to do all along,” Blinken said.

The New York Times wrote last week that U.S. and European intelligence analysts believe Russian President Vladimir Putin might be considering a military operation against Ukraine with the goal of either seizing Ukrainian territory or destabilizing the country and bringing a pro-Russian government to power in Kyiv.

While denying such accusations, the Kremlin has recently touted an unconfirmed online summit between presidents Biden and Putin.

On November 21, Russian Deputy Foreign Minister Sergei Ryabkov described the importance of the purported summit Moscow announced by the Kremlin as “huge.”

“[We] need to explain them in detail what is happening,” Ryabkov said of the virtual meeting, which Russia says could take place before the end of the year.

While Putin and Biden met face to face in June, and there has been an uptick in discussions between high-level officials in recent days, Washington has not commented about a possible Biden-Putin meeting.

“I have no meeting to preview, or call to preview at this point in time,” White House press secretary Jen Psaki told reporters on November 19. “If something like that is confirmed or finalized, we’ll be happy to share this information.”