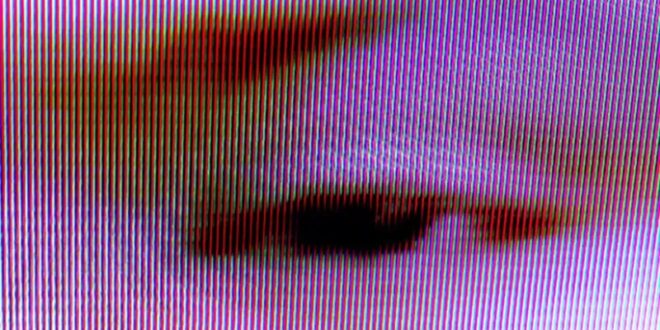 The November 4 arrest and indictment of Igor Danchenko, leaves open the question of just how far Special Counsel John Durham‘s US Department of Justice investigation will go, concerning the flaw-ridden Russiagate narrative?

Eli Lake’s November 4 Bloomberg column, suggests that the FBI might’ve been manipulated by the Democratic Party. As a sarcastic aside, Lake will probably not get an FBI knock on the door.

There’s a periodic bipartisan establishment misinformation process which has a reach within government and media. On this particular, some of the US mass media featured commentary regarding Danchenko comes to mind.
On Fox News, former Donald Trump aide, Stephen Miller repeated the (put mildly) dubious claim of a Democratic Party-Russian government collusion against Trump. Appearing on Rachel Maddow’s MSNBC show, former FBI agent Peter Strzok, said the Steele Dossier hasn’t been conclusively proven or disproven – an overly soft way of side-stepping that report’s clear flaws.

Miller’s claim of a Democratic Party-Russian government collusion against Trump, could be taken to suggest that Danchenko was a Russian Intel mole. If anything, Danchenko’s ties to the Brookings Institution and Fiona Hill, are indicative of a neocon/neolib preferred Russian, who isn’t particularly fond of Trump and Putin.

Whether inside or outside of Russia, Russians come in all sizes, shapes and views. Especially among Russians, those not liking Trump are prone to disliking Putin as well. Like Paul Manafort and Michael Flynn, there (at least for now) appears to be no conclusive evidence that Danchenko is some kind of a Russian government agent.

Rather interestingly, the indictment against Danchenko refers to his interaction with someone identified as “PR-Executive-1”, who is believed to be Chuck Dolan, a Democratic Party affiliated individual, having professional involvement with the Russian government. Based on what’s so far known, it’s grossly irresponsible to factually conclude that the Russian government gave Dolan misinformation on Trump. Lee Harvey Oswald’s time in the USSR didn’t by default mean he collaborated with the Soviet government in the assassination of President John F Kennedy.

Following up on Finian Cunningham’s November 18 Strategic Culture Foundation (SCF) interview with Daniel Lazare, Danchenko’s arrest and indictment came on the same day as my receiving an FBI hand delivered letter from the US Treasury Department (USTD), via the same agent who visited me last year. Regarding Danchenko and yours truly, it’s legally tougher to legitimately arrest and indict someone, who hasn’t lied and/or knowingly spread blatant misinformation, while advocating an open exchange of ideas. (Danchenko denies having lied to the FBI. He’s scheduled for a tentative trial this coming April.)

The aforementioned USTD correspondence I received is titled a “CAUTIONARY LETTER”, in dealing with the SCF, which has been targeted by the US government for its content. This letter is pretty much of a repeat of what the USTD previously communicated.

Said correspondence arrived to me shortly after CIA Director William Burns’ November 2-3 visit to Russia.​ He spoke with Nikolai Patrushev, who presently heads the Security Council of the Russian Federation, which handles national security affairs. Burns previously served as America’s ambassador to Russia. Patrushev had Intel experience prior to his current position.

Without any conclusive proof given, the SCF is accused of being linked to the Intel wing of the Russian Foreign Ministry – something that venue denies. Regardless, the SCF’s makeup has no influence whatsoever on my views. Connecting the dots (including comments from US Secretary of State Antony Blinken), it seems like the Burns-Patrushev meeting hasn’t led to a breakthrough in improved US-Russian relations.

Spun however which way, the restrictions put forth towards SCF interaction involve some influential enough US politico/politicos not liking its content. The obvious goal is to eliminate the disliked commentary by dissuading US based American SCF contributors (writers) from receiving a fee.

Those views receiving payment have the incentive to put more time and effort in their work. In Western mass media, there’s an unofficial understanding of what is and isn’t acceptable commentary on Russia related issues.

The US and Russian governments haven’t offered any kind of alternative to the SCF for me. I’m not living in Russia and am not a citizen of that country. Hence, I don’t expect that nation to do as much for me as the US.

I prefer not putting the onus on government to assist in my endeavors. Conversely, it’s quite understandable to loathe any interference in earnest pursuits. On a fee paid basis, it’s highly unlikely to see an article of this kind placed at an outlet considered acceptable within the realm of the US foreign policy establishment.

From this past July 24, I came across an excellent blog post on (among other things) the shortsightedness behind some government instituted sanctions. To my knowledge, no other country has instituted any restrictions on its citizens interacting with the SCF. That venue has contributors from around the world, including the UK and Canada.

Comparatively speaking, the US government has been especially picky towards Americans writing for the SCF. Along with Kiev regime controlled Ukraine, the US was the only nation voting against the most recent UN General Assembly resolution on condemning the promotion of Nazism. Relative to the SCF, the US government’s explanation for its vote is ethically inconsistent. Refer to this excerpt –

“The United States Supreme Court has consistently affirmed the constitutional right to freedom of speech and the rights of peaceful assembly and association, including by avowed Nazis, whose hatred and xenophobia are vile and widely scorned by the American people. We nevertheless firmly defend the constitutional rights of those who exercise their fundamental freedoms to combat intolerance and express strong opposition to the odious Nazi creed and others that espouse similar hatreds.”

By the way, Israel voted for that UN resolution. Within elite US political circles, Israel is characterized as a key US ally.

I’m presently looking into ways of legally getting around the threat of being unfairly penalized for an opportunity to receive added income during these pressing economic times. I sense some possible wiggle room, in counteracting a slick maneuver at an intimidation process, nevertheless having limits. Unofficially, it looks like a pursuit to have the targets fold without a fight. At the same time, I haven’t given up on the notion that not everyone in the US government is blindly committed to knee jerk anti-Russian biases.

Based on what the USTD has communicated, it seems like I might be able to legally receive a gratuity for an SCF article, as long as the sender isn’t named on the sanctions list as specified. There’s also the possibility of having an SCF article fee placed on hold, until the nonsense ends.

For its part, the SCF has expressed a reluctance to run articles from the American US based contributors targeted by the FBI and USTD. The legal definition of a transaction can be stretched out. To date, the USTD has been lax in getting back to me. At the end of their letter, contact information is given for that stated purpose.

My being against neocon, neolib and flat out Russia hating preferences doesn’t make me a threat to the US. I consider myself a loyal American, acting in the best interests of the US. Under civil circumstances and in preferably high profile settings, I welcome direct exchanges with people having different views. Compare that preference to those approvingly seeking the restriction of valid views they disagree with.

I find it somewhat ironic that the former CIA Director John Brennan, voted for Gus Hall, when the latter was a US presidential candidate on the ticket of the pro-Soviet Communist Party USA. Now, Brennan has been at the forefront in stating negative inaccuracies about Russia. In comparison, my upbringing was in an anti-Soviet, pro-American and pro-Russian setting.

In the early 1970s, I was among a choice few students in my school class standing for the pledge of allegiance, as most of the other students sat down. When President Jimmy Carter reinstituted the armed services draft in 1980, I signed up for it, despite my disagreement with that enactment. My father served in the USMC during the Korean War.
Fast forward to the present, some with less of a US patriotic background than myself, are suggestively spinning me as a subversive. My views and intent aren’t illegitimate. A truly free society doesn’t censor valid views. My analytical manner is in the spirit of what’s said to make America a great country.

It’s not easy finding ideal situations for people engaging in the type of analytical work that I’m involved with. Successfully landing such an opportunity pertains to several factors which can include sheer luck, crony connections, preferred political slant and paper credentials.

I feel that compensation for my commentary is warranted given the reported salaries of some of those people doing work on the issues I cover. I’ve had enough behind the scene discussion with the elites to know I’m not intellectually beneath a good number of them.

If I’m such a Russian government asset as some have suggested, why hasn’t the Russian government funded RT offered me paid work? RT gave Liz Wahl and some others pretty decent money before they dissed that outlet to the delight of neocons, neolibs and flat out Russia haters. In terms of viewers, RT has a greater reach than the SCF.

Consider me in the camp of constructively critical pro-Russian leaning advocates, who believe that the Russian government can do better in communicating their country’s image. On the flip side, US mass media venues prefer alternative sources, who they can have an easier time with.

A recent Chris Hedges-Glenn Greenwald exchange could arguably be taken to suggest that the level of freedom difference between Russia and the US might not be as great as some believe. Quoting Mark Sleboda: “Pro-Western Russian liberals have it tough. Then again so do pro-Russian Western dissidents.”

Katrina vanden Heuvel describes the long time Novaya Gazeta Editor Dmitrii Muratov as a courageous journalist and media executive. Some Russian media and political elites congratulated Muratov when he was nominated for a Noble Peace Prize.Muratov doesn’t appear to be economically challenged.

Kudos to those folks who’ve noted the recent discriminatory measures taken against the SCF and its US based American writers.

Post Views: 9
Previous Israel calls on Ankara to close Hamas offices in Turkey
Next Ukraine Is Back On Russia’s Agenda – Analysis