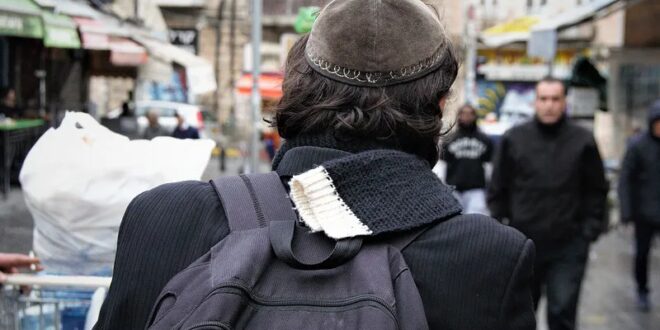 Thousands of Orthodox Jews buy premium olive oil ahead of Hanukah because very observant Israelis increasingly like to use olive oil in their Hanukkah candelabras, instead of wax candles, because of its significance in the Hanukah story. Hanukah, which this year begins on Sunday evening, is a celebration of how the Maccabees, after defeating the Syrian Greeks, were able to light the two menorahs in the temple in Jerusalem for eight days with a one-day supply of olive oil.

Using olive oil for Hanukah is not required by halacha [Jewish religious law], but in many communities almost everybody does it; and they want 100 percent pure olive oil to use in their menorahs known as hanukkiot.

This makes me, a Reform Judaism Rabbi think of the Qur’an’s ayah; “God is the Light of the heavens and the earth. The example of His light is like a niche within which is a lamp, the lamp is within glass, the glass as if it were a pearly [white] star lit from [the oil of] a blessed olive tree, neither of the east nor of the west, whose oil would almost glow even if untouched by fire. Light upon light. Allah guides to His light whom He wills. And Allah presents examples for the people, and Allah is Knowing of all things. (Qur’an 24:35)

The historical development of the Jewish holiday of Hanukah) is a very good illustration of how Allah presents examples for his people and all religious leaders can —and need to— promote the ‘greater jihad’ spiritual focus over the ‘lesser jihad’ militant focus, especially in today’s Middle East. The popular Jewish explanation of Hanukah reflects the ‘greater jihad’ focus as follows.

By celebrating Hanukah, Jews recall the evil deeds of the ancient Syrian Greeks who in 168 BCE defiled the Holy Temple in Jerusalem along with its pure olive oil which was used in lighting the two Temple menorahs [ritual lamp-stands]. “Command the Israelites to bring you clear oil of pressed olives for the light so that the lamps may be kept burning continually” (Exodus 27:20 & Leviticus 24:2).

After three years of warfare the Hasmonean [pro-Israelite] fighters drove the Syrian Greeks out. When the Hasmonean soldiers came into the Temple and searched for the pure olive oil with the seal of the High Priest to verify its purity, all they found was one small jug among the many defiled ones. This single jug of oil, was able to burn for eight days in the two Temple menorahs [candelabras] illuminating the Jerusalem sanctuary with light; ‘Light upon light’!

But the long-lasting oil was not the real ‘miracle’ of Hanukah. The true miracle was that they were able to light the oil to burn in the menorah in the first place. Everyone ‘knew’ that the small amount of oil on hand would never be enough to last until new oil could be refined and purified. Their faith, hope and trust in God was the vital ingredient.

The smart thing to do would have been to wait a week, and then to start the eight day rededication celebration— copying the way Solomon had dedicated the first Temple. The Second Book of Maccabees —which is found in Catholic and Eastern Orthodox Bibles but not in Protestant Bibles— relates:

“We are also told how the wise King Solomon offered a sacrifice of dedication [Hanukah] at the completion of (building) the Temple”… “Solomon celebrated the festival for eight days.” (Biblical Apocrypha, 2 Maccabees, 2:9, 12)

The long-lasting oil is only the visible stuff of the spiritual [‘greater jihad’] lesson of Hanukah. This amazing account is first mentioned very briefly in the Babylonian Talmud (commentary on the Torah), written some four centuries after the historical events which relate the ‘lesser jihad’ military story. However, from the beginning, lights have always been part of the celebration of both the military and spiritual victory.

For those who prefer only the original ‘lesser jihad,’ the mundane historical and political facts of Chanukah, were written down only a generation after the events; this is what the Second Book of Maccabees records:

“Judas Maccabeus and his followers, under the leadership of the Lord, recaptured the Temple and the city of Jerusalem. They tore down the altars which the pagans had set up in the marketplace and destroyed the other places of worship that had been built. They purified the Temple and built a new altar. Then, with new fire started by striking flint, they offered sacrifice for the first time in two years, burned incense, and lighted the lamps.

‘After they had done all this, they lay face down on the ground and prayed that the Lord would never again let such disasters strike them. They begged God to be merciful when he punished them for future sins, and not hand them over any more to barbaric, pagan Gentiles (i.e., polytheistic non-Jews). They rededicated the Temple on the twenty-fifth day of the month of Kislev, the same day of the same month on which the Temple had been desecrated by the Greek ruled Syrians.

‘The happy celebration lasted eight days, like the Torah Festival of Sukkot, and the people remembered how only a short time before, they had spent the Festival of Sukkot wandering like wild animals in the mountains and living in caves. But now, carrying green palm branches and sticks decorated with ivy, they paraded around, singing grateful praises to God who had brought about the purification of his own Temple. Everyone agreed that the entire Jewish nation should celebrate this festival each year.” (2 Maccabees 10: 1-8)

The military victory of the Maccabees led not only to religious freedom for Jews in Judea; but after another two decades of intermittent warfare, it led also to political independence in Judea that lasted for 7-8 decades, until Rome took over.

In the year 66 CE, a little over a 120 years after the Chanukah uprising began— for reasons much less important than in the days of the Maccabees— a large scale ‘lesser jihad’ rebellion against Roman governance occurred, which ended in 70 C.E. with the destruction of both Jerusalem and its Holy Temple.

Two generations later, another ‘major jihad’ rebellion against Rome (132-135 C.E.) occurred, again ending in failure. Over the following generations, the encouraging and hope-filled ‘greater jihad’ rabbinic tale of the oil grew to became central, in order to overcome widespread feelings of defeat and despair among the Jewish People; and so this ‘greater jihad’ narrative displaced the focus on the ‘lesser jihad’ military victory.

Today all Jewish homes have a special candelabrum or an oil lamp holder for Hanukah’s eight lights plus the additional light used to light the others each day. The reason for the Hanukah lights is not to “light the house within”, but rather to “illuminate the house without,” so passersby should see it and be reminded of the holiday’s miracle. So the lights are set up at a window near the street.

While the ‘Lesser Jihad’ (military) aspect of efforts and events should not be forgotten when injustice is rife, all of us —Jews and Muslims— must give priority to the ‘Greater (spiritual) Jihad’ aspect of our efforts — if we are to experience peace and harmony within, and across, our varied religious and ethnic communities. May this take hold between Jews and Muslims!

The oppression of Judaism by Antiochus IV, the Syrian Greek king, was the first known attempt at suppressing a minority religion, but unfortunately not the last. Other well known attempts were the three century long Roman persecution of Christianity and the terrible persecution of Muhammad and his followers by the majority of pagan Arabs in Mecca.

All three religions emerged from their varying periods of persecution stronger than ever, and this is the ongoing spiritual lesson of the Hanukah lamp that long ago filled believers with hope and trust in God and lasted longer than anyone thought possible: “Light upon light”. “He is the One Who sends to His servant manifest signs that He may lead you from the depths of Darkness into the Light and verily Allah is to you most kind and Merciful.” (Qur’an 57:9)

Post Views: 71
Previous France: Is Éric Zemmour an Anti-Semite?
Next US Military Presence In The Gulf Is A Strategic Priority – OpEd