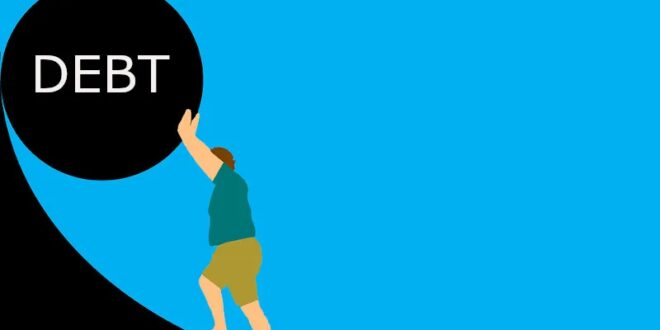 The debt limit issue in 2021 has a few unique characteristics. The COVID-19 pandemic remains a source of economic uncertainty. Fiscal responses spurred by the pandemic accelerated the pace of federal debt accumulation. The U.S. Treasury also sharply increased its cash balances in 2020 to accommodate those fiscal responses.

Before 2013, debt limit legislation typically specified a set dollar amount on outstanding debt, either in stand-alone debt limit measures or packaged with other provisions, such as appropriations measures.

Extraordinary Measures in Use Since August 2, 2021

On September 28, Secretary Yellen wrote Congress that “Treasury is likely to exhaust its extraordinary measures if Congress has not acted to raise or suspend the debt limit by October 18. At that point, we expect Treasury would be left with very limited resources that would be depleted quickly.”

On September 29, the House passed a measure to raise the limit by $480 billion, which was intended to give the Treasury resources to pay federal obligations through early December 2021. The Senate agreed to the measure on October 7, 2021, and the President signed it on October 14, 2021. About $300 billion of that increase was used to reset extraordinary measures.

Treasury can pay obligations as long as it retains borrowing capacity, cash balances, and funds available through extraordinary measures. In 2020 and 2021, Treasury’s cash balances had been much higher than a decade ago, as Figure 1 shows. Before the Lehman Brothers investment bank collapsed in September 2008, Treasury cash balances were kept to minimal levels. Balances then fluctuated at levels mostly below $100 billion. A 2015 Treasury advisory committee recommended increasing cash balances to cover an average week’s outlays as a precaution against major financial disruptions.

After the debt limit suspension lapsed at the end of July 2021, Treasury’s cash balances had shrunk to $459 billion. Just before the October 2021 debt limit increase, cash balances were $72 billion.

The October 2021 debt limit increase extended Treasury’s capacity to pay federal bills into December 2021 and possibly into January 2022. Nonetheless, unless the debt limit is modified, Treasury’s cash balances and borrowing capacity at some point will be exhausted. Secretary Yellen warned of dire consequences if the debt limit were not raised before Treasury’s resources were exhausted. Moody’s warned that a federal default would deal a “catastrophic blow to the nascent economic recovery from the COVID-19 pandemic” and that “global financial markets and the economy would be upended … even if resolved quickly.”

Predicting when Treasury’s resources would run out is especially hard in 2021. Economic recovery and growth in government revenues is rapid, although subject to “elevated” levels of uncertainty, according to the Federal Reserve. About $1 trillion in COVID-related budgetary resources remains unspent, which may add uncertainty about the pace of federal outlays. Large deficits also push up debt levels.

Enactment of the infrastructure measure, P.L. 117-58, mandated a transfer of $118 billion into the Highway Trust Fund, which would be held as special Treasury securities. Secretary Yellen stated those securities would be issued on December 15, 2021. A brief (available to congressional clients upon request) from Wrightson/ICAP—a research unit specializing in Federal Reserve and Treasury operations—notes that tax receipts due on that date would bolster Treasury’s cash balances. Figure 2 shows recent Wrightson projections of federal debt and Treasury resources.

Although Secretary Yellen warned of “scenarios in which Treasury would be left with insufficient remaining resources to continue to finance the operations of the U.S. government” after December 15, 2021, Wrightson/ICAP projects that Treasury’s resources would likely last until the end of December 2021, or even into mid-January 2022.

Post Views: 66
Previous Iran And The US: A New Deal? – Analysis
Next Central Asian Elites Choose China Over Russia – Analysis