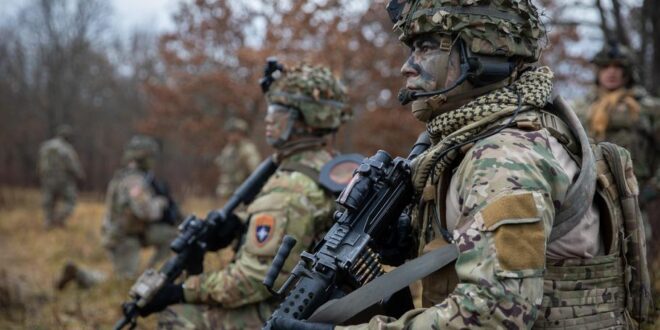 Poland has urged NATO to send reinforcements east over concerns about Russia’s military buildup near Ukraine, which is expected to be the focus of high-level alliance talks in Latvia next week that will include U.S. Secretary of State Antony Blinken.

President Andrzej Duda said Thursday at NATO headquarters in Brussels that a beefed up military presence along NATO’s eastern flank is needed given concerns over Russian’s intentions in the region.

“This cautiousness and vigilance from NATO, which is responsible for the military security of the allies, is necessary,” Duda told reporters after a meeting with NATO Secretary-General Jens Stoltenberg.

Duda said NATO’s boosted presence could be demonstrated through strengthening its air policing role and border surveillance capabilities in the east, along with the deployment of additional units to the region. He also said that “strengthening of the readiness” of NATO units already deployed in Poland and the Baltic states should be considered.

“It is also our request that the readiness of the alliance be increased, that the strategic cautiousness be increased and especially the monitoring of that situation along the eastern flank of NATO,” he said.

The request comes as Poland contends with a crisis on its border with Belarus, a close ally of Russia’s.

For weeks, thousands of migrants have been involved in a standoff at the border as they try to gain entry to Poland. Similar events have occurred along Belarus’ borders with allies Lithuania and Latvia, where NATO foreign ministers will meet for talks Tuesday.

Allies have accused the government of Belarus, which faces a range of economic sanctions by the European Union, of orchestrating the border crisis.

Meanwhile, Russia’s military buildup outside eastern Ukraine has stoked fears that Moscow is planning for a large-scale invasion of that country.

For NATO, both issues will be atop the agenda when foreign ministers meet in Riga for two days of talks.

Stoltenberg emphasized that allies already have a significant presence in the region. While NATO has long conducted air policing missions over the Baltics, since 2017 it has also stationed battle groups in all three Baltic states and Poland to guard against potential Russian aggression.

In Poland, the U.S. Army is responsible for leading a multinational contingent that operates some 50 miles from the country’s border with the Russian military exclave of Kaliningrad.

“There is also a lot of NATO in Poland … so Poland stands with NATO, and NATO stands with Poland,” Stoltenberg said.