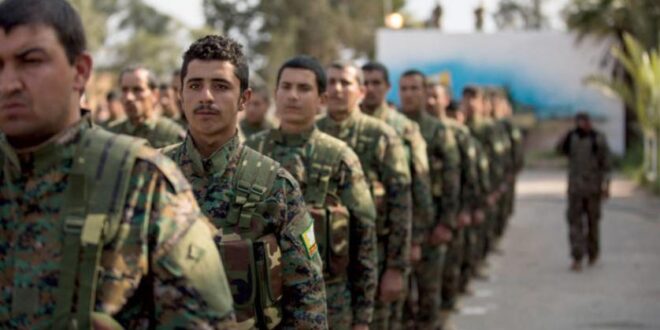 The Syrian Democratic Forces (SDF) is preparing to release over 850 detainees arrested on charges of “belonging to ISIS,” mainly from Deir Ezzor and al-Hasakah, after mediation by tribal elders.

It is still unknown if all the prisoners will be released at once or in stages.

On September 22, the Syrian Observatory for Human Rights (SOHR) reported that SDF released nine residents from al-Shuaytaat. They were arrested a week earlier from Abu Hamam town in Deir Ezzor’s countryside after they participated in a demonstration protesting SDF’s policies against the people of Deir Ezzor.

On November 9, activists also reported several explosions in the al-Qamishli city caused by military exercises of the Russian forces stationed in al-Qamishli Airport.

The explosions were part of the ongoing maneuvers and drills that have been conducted since the media channels reported an anticipated Turkish military operation targeting north and east Syria.

Al-Qamishli Airport is used by the Russians and hosts at least four helicopters and a recently brought-in military warplane.