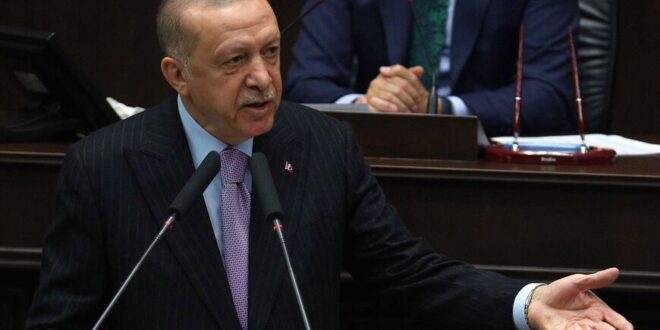 Turkish President Recep Tayyip Erdogan signaled on Monday that Turkey will seek to better its relations with Israel and Egypt after doing so with the United Arab Emirates.

Last week, Ankara and Abu Dhabi inked a series of investment accords under which the UAE agreed to invest up to $10 billion in Turkey’s economy, prompting Erdogan to praise a “new era” in ties between his country and the Gulf sheikhdom. The trip by Crown Prince of Abu Dhabi Sheikh Mohammed bin Zayed to Turkey was the highest-level Emirati visit in nearly a decade.

Asked about the future of Turkey’s shaky relations with Egypt and Israel, Erdogan hinted that Ankara could eventually reinstate its ambassadors to the two countries.

“We will take these steps gradually within a certain timetable. We will take steps similar to the one taken between us and the United Arab Emirates,” he told reporters on a flight returning from his trip to Turkmenistan.

“Now when we have made our decision, we will of course be in a position to appoint ambassadors within a defined schedule,” Erdogan said.

Relations between Cairo and Ankara soured after 2013, when the Egyptian military overthrew the country’s first democratically elected president, Mohammed Morsi. The two countries recalled their ambassadors and downgraded diplomatic relations.

In May, Egypt and Turkey held the first talks between senior diplomats since then. They ended without a breakthrough but were praised by the regional heavyweights as “frank and in-depth.” In September the two countries, which back opposing sides of Libya’s civil war, committed to continuing normalization talks. Erdogan and Israeli President Isaac Herzog pledged to mend ties between their countries in a July phone call.

Israel’s treatment of the Palestinians and Turkey’s support for the Gaza-based militant group Hamas have strained Turkish-Israeli relations. Adding to the tensions was the Israeli navy’s killing in 2010 of 10 Turkish activists trying to breach the Israeli blockade of the Gaza Strip. In 2018, Turkey expelled Israel’s ambassador in protest over the deaths of Palestinian rioters along the Israel-Gaza border.