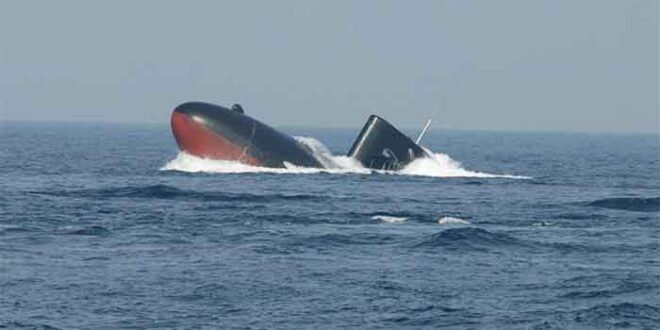 At the G7 Summit last June, Joe Biden, Boris Johnson and Scott Morrison, representing the U.S., United Kingdom and Australia respectively, met in private talks. The subject was how to contain China and its influence. In September these leaders announced the AUKUS Alliance, a defence agreement between the countries. Australian Prime Minister Morrison described it as “a forever partnership” and Johnson declared it a pact between “kindred” nations.

The trio’s focus is on sharing defence technology. Australia will gain access to nuclear-powered submarines, and U.K. companies will supply the main components. The federal government in Canberra promptly tore up a $90 billion contract for 12 diesel-powered French submarines, having already wasted $2.4 billion on them. The costs for the nuclear vessels are still to be pinned down. Suffice to say, the price tag for the French subs will look modest in comparison!

AUKUS consolidates Uncle Sam’s 2012 Pivot to Asia. Already, the South China Sea is highly militarised, and provocative manoeuvres on China’s border, such as U.S. military fly-overs, are routine. In June, Australian warships conducted exercises with a British naval flotilla — the stated goal of the Brexit-battered nation being to “project influence and power.”

The new pact is a dangerous escalation of the arms race in the Indo-Pacific. The U.S., with its 750 overseas military bases, has China encircled. This includes the Pine Gap spy base in Central Australia. The U.S. also has access to most Australian defence facilities, and heavily militarised Northern Australia is a strategic gateway to the region.

Imperialist belligerence. When China joined the World Trade Organisation in 2001, it was producing low-priced consumer goods for export. Because it used western technology, China was perceived not as a rival to U.S. dominance but as an integral part of the supply chain.

China has now developed into a sophisticated manufacturing powerhouse developing its own technology. Rising tensions reflect this inter-capitalist rivalry as Chinese corporations, such as telecommunications giant Huawei, openly compete with US, UK and Australian interests. China is now the largest trading partner for Australia, Japan and the European Union and is expanding its relationships with developing countries through the Belt and Road Initiative. Australia needs access to Chinese markets but fears China’s growing power.

Some opponents of AUKUS, including nationalists within the Left, call for Australia to adopt an “independent” foreign policy. This is based on the mistaken view the government is being bossed around by the United States.

For years Canberra has carefully straddled relationships with its most important trading partner, China, and its long-term military ally, the U.S.

This worked a charm for big capital, especially mining and steel industries, which profited handsomely from resource-hungry Chinese infrastructure and housing projects. Unlike its allies, Australian capitalism avoided a recession when the crisis hit in 2008. But once China began expanding its influence in the Pacific, Canberra became alarmed.

Australian corporations plunder the resources of the Pacific and exploit its peoples, making huge profits while paying little or no taxes to these impoverished nations.

Agriculture relies heavily on temporary workers from the region. The extractive industry hauls in abundant riches, from the oil and gas in the Timor Sea to the gold, silver and copper of Papua New Guinea.

Faced with rising sea levels caused by global warming and repelled by the callous climate change denialism of Australia, many Pacific nations embrace the aid offered by China — from free shipments of the Covid vaccine Sinovac to funding for infrastructure projects.

Australian capital is protecting its bottom line, and calls for independence from U.S. influence don’t cut it.

Rising tide of Sinophobia. To convince domestic audiences of a need for military spending, demonising China is a mainstream media staple in all three AUKUS countries. Covid has exacerbated anti-Asian stereotypes. For people of Asian heritage, now 12% of the Australian population, harassment is a daily reality with almost one in five experiencing recent physical or verbal abuse.

China must be “contained,” we’re told, because “they” don’t share “our” values of democracy and human rights, especially for ethnic minorities. If Canberra were serious about these values, people would have a say on AUKUS and nuclear submarines.

Build the resistance. Shoots of opposition to AUKUS in Australia are sprouting — potential food for a mass anti-war movement. The Maritime Union of Australia issued a statement for the International Day of Peace. One of its demands was for the billions wasted on submarines to be spent on building renewable energy and offshore wind turbines.

By 2030 the federal government will spend $9 out of every $100 on defence. Imagine if that money was redirected to health and aged care, education, public housing and welfare!

Australia does not have a nuclear industry, and the majority want it that way. When profit rules, nuclear power is not safe. Many Pacific Islanders and First Nations people have had their homelands poisoned by testing, mining and radioactive waste and are powerful voices against environmental racism. Six decades ago, Britain tested atomic bombs at Maralinga. It remains a no-go zone with poor health a deadly legacy.

In contrast to Morrison’s “forever partnership,” it’s time for a forever partnership worth fighting for — one based on internationalist solidarity. The language of us and them is a dangerous con by the AUKUS powers to peddle fear. Workers, ethnic and sexual minorities and oppressed nationalities living in Australia, China, the U.K., U.S. and across the Pacific have nothing in common with global arms manufacturers and their suppliers, who will profit from a dangerous arms race. What’s needed is worker solidarity, not nuclear submarines and a deadly arms buildup.