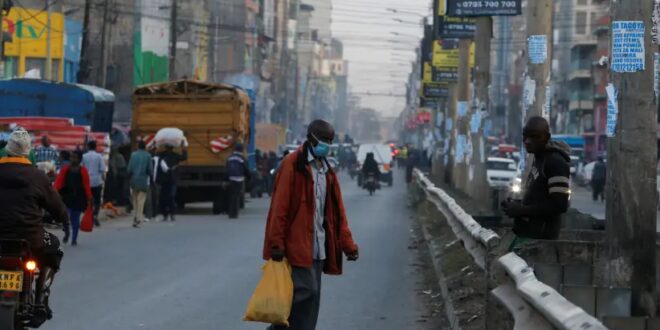 Iranian Mohammed Saeid Golabi was arrested in Kenya for coordinating a terror cell in Nairobi attacking both Israeli and local sites.

An Iranian man, Mohammed Saeid Golabi, has been arrested in Kenya on suspicion of planning terror attacks against local and Israeli interests, according to an exclusive report in the daily Kenyan newspaper The Star.

Kenyan police had monitored the activities of Golabi and his local associates, and were convinced of his links to terror activities, multiple Kenyan police sources told The Star.

“We have profiled him and his contacts over time,” said a senior officer at Kenya’s anti-terrorism police unit. “We have enough reason to believe that he has been working with those terror groups.”

Golabi visited the region frequently, and is suspected of working with a group of Kenyans to gather intelligence against establishments both private and state-owned, with the aim of attacking them, the report said.

The Iranian government did not respond to Kenya’s inquiries.

The announcement came during a period of heightened security in the east African country, after three terror convicts escaped recently from a maximum-security prison, the report said.

The three were later captured as they tried to make their way to Somalia to join the terror group al-Shabaab that has links to al-Qaeda.

In 2015, Kenyan authorities arrested two Iranians suspected of planning an attack in Nairobi, the Kenyan Interior Ministry announced at the time.

In June 2012, two Iranians who were arrested were found to be in possession of 15kg of explosives that they had planned to use to carry out bombings in Kenyan cities.

Investigators said at the time that it was unclear whether the two had ties to terrorists in Somalia with al-Qaeda links, or if they were part of another network. Following their arrest, prime minister Benjamin Netanyahu claimed that the men were part of an Iranian plot to attack Israeli targets in Kenya.