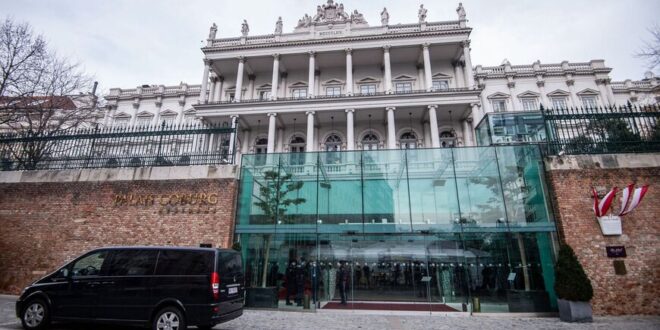 The “Israeli regime … is trumpeting lies to poison Vienna talks,” tweeted Iran’s Foreign Ministry spokesperson Saeed Khatibzadeh on the eve of the fourth day of nuclear talks between Tehran and major powers in the Austria capital.

The stinging statement came in reaction to press reports earlier this week that Israel had provided the Western sides with intelligence that the Islamic Republic was inching closer to upgrading its nuclear enrichment to the 90% level needed to produce an atomic bomb.

Khatibzadeh dismissed such information as “fake news” aimed at torpedoing the talks meant to reinstate the 2015 nuclear deal, also known as the Joint Comprehensive Plan of Action (JCPOA). Under President Donald Trump, the United States walked away from the agreement but is now seeking reentry in the Vienna negotiations.

The Iranian diplomat did not specify whether such enrichment was in the pipeline. Iranian officials have previously declared that Tehran possesses the know-how to push enrichment to 90% but will not pursue nuclear weapons.

Under the JCPOA, Iran was required to cap enrichment at 3.67%. The Islamic Republic, nevertheless, has pushed it up to 60% in what it says is a response to the failure of the Western parties to honor their commitments.

Khatibzadeh advised the involved parties to ignore the Israeli claims and instead exhibit “independence” and “political will” in the course of the talks .

In the run-up to the resumption of talks, Israel has been in contact with its Western allies to express its concerns, urging them to be tough on Iran in any renewed accord and warning that it will consider military action against Tehran if need be.

The International Atomic Energy Agency has not detected 90% enrichment in Iran’s nuclear activities. Yet head of the UN watchdog Rafael Grossi reiterated his worries about access to Iran’s nuclear sites and particularly enrichment at the controversial Fordo facility, 60 miles (97 kilometers) south of the capital Tehran.

Less than three weeks ago, Grossi was in the Iranian capital to encourage much-needed cooperation and transparency, but has since lamented the talks as “inconclusive.”

On the fourth day of the meetings in Vienna, Iran’s chief negotiator Ali Bagheri Kani said his team had presented Tehran’s proposal on “the removal of unjust sanctions and nuclear issues,” but released no further details.

And despite the uncertainties dominating the Vienna talks, Iran’s hard-line Foreign Minister Hossein Amir-Abdollahian tweeted about “a deal within reach.” Such a goal, he said, will be achieved “if the West shows good will.”

Still, amid assertions that Tehran is dragging its feet and may not be serious about reaching an agreement, the other sides have been pushing to set a deadline for a new agreement. Tehran has declared it will not compromise its “rights and demands” by hastily giving in to “artificial timetables.”