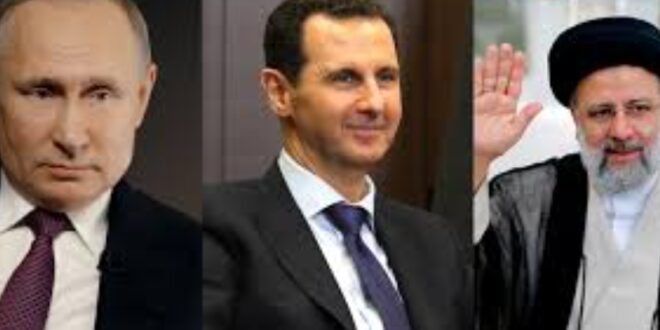 The Russian rapprochement with Israel seems to be increasing day by day in Syria, at a point where the interests of both sides meet, each according to their strategy, especially in diminishing the influence of Iran in Syria.

In what appears to be a new message for Israel, the Russian Defense Ministry has stressed that its military police forces are “performing their duty in the Golan Heights”, in order to restrict the movements of so-called terrorists on the Syrian-Israeli border.

On Monday, the head of the Military Police’ Main Directorate of the Russian Defense Ministry, Colonel Sergei Kuralenko, said that a Russian military police station is located in the Golan. This station helps with the war against “terrorists”, which has been going on since the spring of 2011.

The military police are protecting Israel?

In the statements carried by Russia’s TVzvezda channel on Sunday, and amidst political tension targeting Iranian militias, Kuralenko apparently refers to Russia’s current and future efforts in Syria as preventing these militias from targeting Israel across the northern Syrian border.

This is supported by the Russian colonel’s reference where he described them as “militants” who have gradually driven UN forces out of the area since 2011. However, in 2018, the Russian army came to the region.

According to political writer and analyst Hossam Najjar, Russia sees itself, through the presence of its military police, the primary shield against the advancement of Lebanon’s Hezbollah and the Iranian militias towards the Syrian border with Israel.

Russia seems more determined to undermine Iranian influence in Syria than ever before, especially after it welcomed the Israeli side and gave Tel Aviv a “green light” to continue Israeli military operations against Iran’s positions in the country, according to press reports.

Israel has also recently begun to expand its military efforts in southern Syria to limit the military presence of Iranian militias in the region. Israeli media announced, weeks ago, that the Israeli army plans to invest 324 million USD in training reserves next year, as part of preparations for a military operation against Iranian militias in Syria and Lebanon.

According to Israeli reports, the IDF’s Northern Command, led by General Amir Baram, conducted exercises that simulated combat scenarios based on reserve forces, along with regular forces, in the land, air, and sea fields. They have also trained for the use of electronic intelligence and military drones.

Tel Aviv has recently installed sophisticated monitoring systems to detect early security and military threats on the border with Syria and Lebanon.