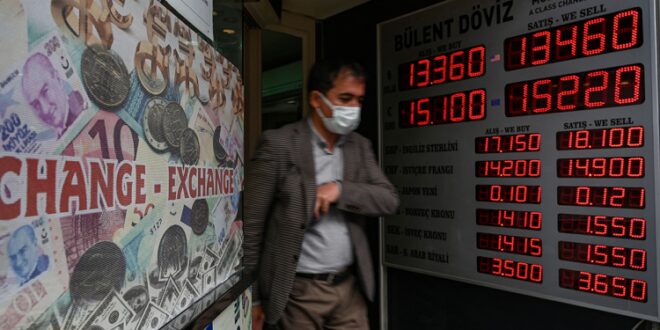 Following the resignation of the finance minister and his replacement by a loyalist on Dec. 2, the Turkish lira continued its steady decline against the dollar, bringing its losses for the year to nearly 50%. The Turkish currency is once again under speculative attack, similar to previous episodes in July 2018 and October 2020. The Central Bank of the Republic of Turkey’s (CBRT) early cuts to the policy rate since September have resulted in an exodus of foreign capital and a rush in demand for foreign exchange among domestic investors. Meanwhile, global commodity and energy prices remain high (despite the recent dip in oil prices), and expectations regarding inflation have deteriorated significantly, prompting the TL exchange rate to drop from 8.30 to 13.60 to the dollar in less than three months.

In September, the CBRT suddenly declared that the policy rate would be cut based on targeting core instead of headline inflation, without any previous announcement. This action was inconsistent with the bank’s official mandate and was interpreted as a compromise on the part of CBRT Governor Şahap Kavcıoğlu, under pressure from President Recep Tayyip Erdoğan, to save his job. In line with this, the CBRT cut its policy rate by 100 basis points (bps) to 18.00%. Following the September meeting, three members of the Monetary Policy Committee (MPC) were dismissed without any explanation and two new members in line with Erdoğan’s unorthodox theory about interest rates were appointed. Kemal Kılıçdaroğlu, the leader of the main opposition party, the Republican People’s Party (CHP), called on government officials not to follow Erdoğan’s orders that are against the public interest and then held a meeting with Governor Kavcıoğlu, which was both unprecedented and unexpected.

In the MPC’s October meeting, the policy rate was cut by a further 200 bps, definitely above market expectations, and not supported by any recent data. This move was possibly forced by Erdoğan and sent a message to the bureaucracy that he is in charge of all policy decisions and no government official should listen to Kılıçdaroğlu’s appeal to resist his orders. Before the November meeting, Erdoğan indicated a new rate cut was in the offing, and this too was delivered by the MPC, which cut the policy rate by a further 100 bps. It was this final decision that resulted in a speculative attack on the Turkish currency. There was no foreign policy development at play this time around, like the jailing of an American citizen in 2018, or external shock, like the pandemic in 2020. Domestic investors were the main driver of the currency crisis given their desire to sell TL as the CBRT’s policy rate (15.00%) fell well below the official inflation rate (19.89%).

Despite severe TL depreciation, on Nov. 17 Erdoğan said he would continue his fight against interest rates “to the end” and his staff tried to present the unorthodox policy as a well-planned strategy for the economy. More rate cuts have been promised and will likely be made at the MPC meeting in mid-December. Given the TL’s rapid decline, on Dec. 1 the CBRT did step in to prop up the currency by selling nearly $1 billion worth of its foreign reserves. This resulted in a temporary rebound, but it is unlikely to be sustainable in the long term in light of the country’s limited reserves and negative real interest rates.

It is still too early to say whether TL depreciation will continue, but more turbulence is likely in the coming months. Erdoğan’s insistence on further rate cuts and the loss of consumer confidence in his economic policies are the major factors driving depreciation. That said, the TL is already very cheap compared to other emerging market currencies and the trend of capital outflow is likely approaching its end.

The main positive outcomes of this policy are a boost to foreign trade from lower labor costs and reduced demand for finished imported goods. These are reflected in the current account balance — the difference between goods and services exported and imported — as Turkey began to run a current account surplus in August, when the exchange rate was 8.40 to the dollar and tourism revenues were weak compared to pre-pandemic levels. This trend will likely continue and result in a significant current account surplus in 2022 as tourism revenues are forecast to reach nearly $30 billion unless the pandemic worsens again. This would make external debt redemptions much easier and reduce Turkey’s external vulnerabilities.

The major adverse effects from this policy are a significant loss of household purchasing power and persistent exchange rate volatility. The underlying reason for this is growing dollarization of household and business owners’ saving accounts. The TL already lost its function as a store of value and if this negative trend continues, it may also cause the loss of its unit of account and medium of exchange functions as well. If that were to happen, then a high inflation spiral would start with a relatively low level compared to the 1990s but much higher than the 2010s. Wage increases will always be less than inflation, leading to a jump in the poverty rate. The most critical outcomes of this policy will be social unrest and complaints among businesspeople about supply chain disruptions due to internal instability.

Foreign investors already feel largely protected as their TL-denominated portfolio is very small. Their risk exposure to Turkey’s foreign currency debt is high, but the government’s willingness to make payments on time and its current account surplus target relieve this risk. Credit rating institutions may once again lower notes for sovereign bonds. However, a balance of payments crisis and an inability to make import payments and redeem external debt are not expected. Turkish banks still have access to syndication loans from global financial institutions. However, Turkey’s recent downgrade to the grey list by the Financial Action Task Force (FATF) for money laundering and terrorism financing has caused significant damage. Furthermore, there are rumors that MSCI, the leading financial index provider for emerging markets, could downgrade Turkey from the privileged group of developed countries to a frontier market list or a quarantine like Argentina.

Economists do not know for how much longer Erdoğan’s unorthodox policy can continue to be implemented. The fact is Erdoğan remains very determined to lower rates and the market reacts to his words rapidly and harshly. The resignation of the Treasury minister, Lütfi Elvan, and his replacement by Nureddin Nebati, an expert in public administration instead of economics or finance and a vocal supporter of the president’s drive to lower rates, should serve as an early warning of an excessive easing of economic policies. The base scenario does not consist of a balance of payments crisis and capital controls, hence there will probably not be a domino effect for other developing countries. Credit growth and the budget deficit are still at reasonable levels. Any massive increase in public spending and finance by printing money or monetary expansion will directly lead to new lows for the Turkish currency and worsen inflationary expectations. These steps may be implemented to maintain Erdoğan’s approval rating, such as by dramatically increasing the minimum wage and salaries of civil servants. The bureaucracy has not stopped Erdoğan’s unconventional demands so far. The ruling Justice and Development Party’s (AKP) alliance with the far-right Nationalist Action Party (MHP) is still strong and not enough MPs from the AKP have resigned to enable snap elections. For now, the most critical questions are if there will be protests on the streets due to the rise in poverty and whether the government will proclaim a state of emergency in reaction to them. 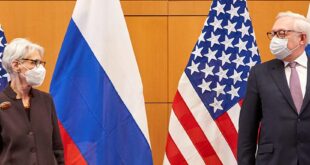