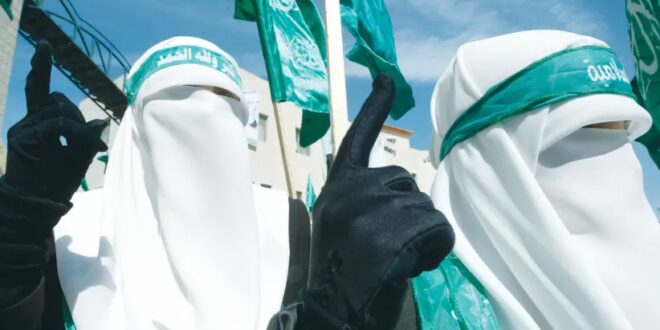 Palestinian confrontation with Israel can be avoided – Gaza factions

Musa Abu Marzouk, a senior Hamas official, said that his group’s dissatisfaction with Egypt was in the context of differences between “brothers.”

Despite tensions between Hamas and Egypt, Palestinian factions in the Gaza Strip are willing to give the Egyptians and other mediators another chance to prevent a military confrontation with Israel, Palestinian sources said on Thursday.

Earlier this week, the Qatari-owned Al Jazeera television network quoted an unnamed Hamas source as saying his group was strongly dissatisfied with Egypt’s failure to fulfill its promises on a number of issues, including the reconstruction of the Gaza Strip.

The source also accused the Egyptians of failure to ease travel restrictions imposed on Palestinians in the Hamas-ruled coastal enclave.

According to unconfirmed reports, the Egyptian authorities recently refused to allow senior Hamas officials to leave the Gaza Strip through the Rafah border crossing.

Musa Abu Marzouk, a senior Hamas official, told the Russia Today television network that his group’s dissatisfaction with Egypt was in the context of differences between “brothers.”

Abu Marzouk met in Moscow on Wednesday with Russian Deputy Foreign Minister Mikhail Bogdanov and discussed with him the latest developments in the Gaza Strip.

Another Hamas official said that it was “premature” to talk about a crisis between his group and Egypt.

“The Egyptians are not doing enough,” he said. “After the last war [with Israel] in May, we received many promises from Egypt, but so far we haven’t seen real measures to improve the situation on the ground. We believe that a military confrontation can still be avoided.”

Tareq Ezzadin, a spokesman for Palestinian Islamic Jihad (PIJ), denied that the factions have set a deadline for meeting their demands.

There has been no change in the status quo in the Gaza Strip, whether in terms of security or politics, Ezzadin told the Palestinian Authority’s daily newspaper Al-Ayyam.

He also denied that the Palestinian factions were planning to hold a meeting soon to study their next steps.

According to the PIJ official, “The state of popular and factional discontent in the Gaza Strip is due to the continued reluctance of the occupation to implement the terms of the ceasefire, including the lifting of the siege, the start of the reconstruction process, and the cessation of Israeli violations in al-Aqsa Mosque and Jerusalem.”

Another faction official also told Al-Ayyam that no date had been set for a meeting of the factions to discuss the situation in the Strip.

Sources in the Gaza Strip were quoted as saying the factions want to give the Egyptians and other mediators more time to pursue their efforts to prevent an escalation with Israel.

Hamas and the factions expect a quick intervention from the Egyptians and other mediators to prevent an “explosion,” the sources added.

Rami Abu Zubaideh, a researcher in Palestinian military and security affairs, ruled out the possibility of a military confrontation in the coastal enclave. He told the Palestinian daily Al-Quds newspaper that Hamas’s threats were aimed at putting pressure on Israel and Egypt to move forward with the issue of the reconstruction of the Strip.

Abu Zubaideh said if no progress is achieved in the coming days, the Gaza-based factions may resort to “popular tools or rallies,” an apparent reference to the resumption of protests near the border with Israel.

He pointed out that Hamas was determined to achieve “a major breakthrough regarding the humanitarian situation, and rejects any conditions, such as linking a prisoner-exchange deal with Israel to the reconstruction of the Gaza Strip.”