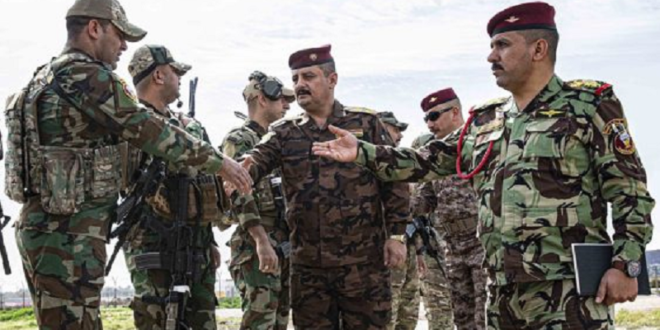 Iraq’s national security adviser announced on Thursday that the United States military forces and allied forces have ended their combat mission in Iraq and moved to a training and advisory role. Qasim al-Aaraji made the announcement in a tweet. The US has not confirmed this announcement, however.

The troops are scheduled to formally end their combat mission by the end of 2021, under an agreement struck in July between US President Joe Biden and Iraqi Prime Minister Mustafa al-Kadhimi. The number of troops stationed in Iraq is likely to remain the same, though with a different official mission.

There are about 2,500 US troops and another 1,000 coalition troops currently based in Iraq, according to reports. US troops first invaded Iraq in 2003 during the global War on Terror, and withdrew in 2007, only to return in 2014 to stop the rise of the Islamic State group. Very little will change with the official end of the combat mission; the troops reportedly have been operating in a mostly training and advisory role in recent years.